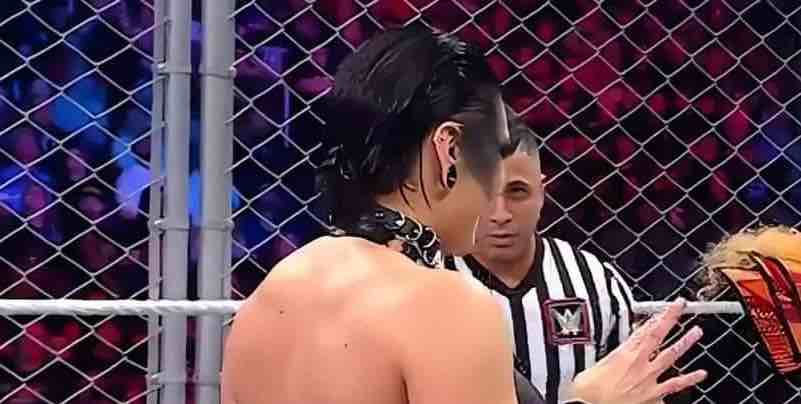 The Judgement Day member Rhea Ripley has her fans drooling over her for quite some time now. Last night’s Survivor Series WarGames saw Ripley donning a attire that saw her butt peeping through her gear.

The Women’s WarGames Match saw Team Damage CTRL (Bayley, IYO SKY, Dakota Kai, Nikki Cross & Rhea Ripley) take on Team Bianca (Bianca Belair, Alexa Bliss, Asuka, Mia Yim & Becky Lynch). It was Becky Lynch who picked the win for her team. Dakota Kai and IYO SKY were perched on a table and Lynch hit a leg drop off the top of the cage. The Man would subsequently pin Kai to secure the win for Team Belair.

At the post-Survivor Series press conference, Lynch admitted she was a nervous wreck performing the spot at pre-match practice, but felt like a superhero when fans at the TD Garden in Boston gave her a rousing ovation for her act of daredevilry.

“Lads, I was terrified [laughs],” Lynch said on her high spot at Survivor Series. “No, I wasn’t terrified in the moment. I was terrified getting up there in practice today, I climbed up [the cage] as I wanted to see the height of it. And my palms were sweaty, knees weak, arms spaghetti [laughs]. There was no vomit on my sweater already, but when you have the feeling and energy of the crowd, I feel like anything is possible. It’s the people that let you feel like you’re a superhero and make you feel like a superhero, so then you become a superhero. And God bless Dakota Kai and IYO SKY, I’m sure they’re feeling a lot worse than I am!”