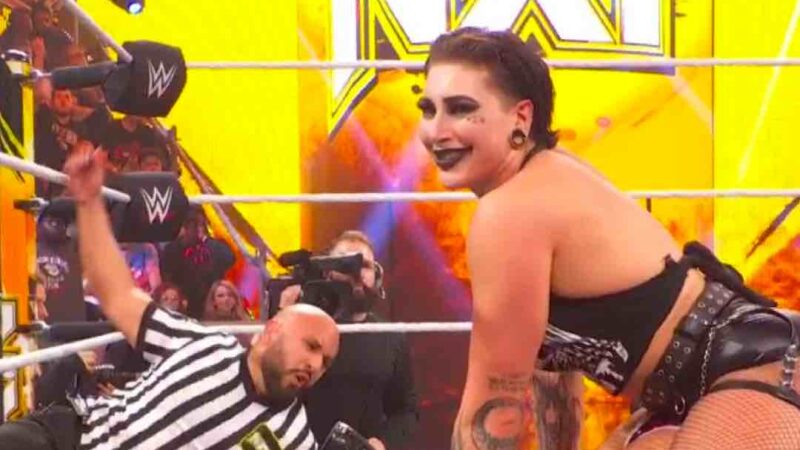 The Judgement Day member Rhea Ripley has received some immense criticism following her heel turn and joining the sinister stable. Fans had been blasting her on social media but she knows how to deal with the negativity.

Rhea Ripley opens up on the matter

In an interview with the New York Post, Ripley was asked about the unpleasant responses she has received from fans since joining the group. While talking about it, she recalled a non-televised incident when a creepy fan asked her to spit on him. This led her to discuss just how perverted some fans can be.

“Most of the things [fans say] I’m not allowed to say. (Laugh) But there has been a lot. I’ve had people make signs, some of them very inappropriate. I’ll lash back at them.

At one of the house shows, I had this fan and he was like, ‘Rhea, spit on me.’ I’m like, ‘What? You want me to what?’ Dom was there and that was another moment for us. ‘Dom this man just told me to spit on him.’ ‘He what?’ ‘You gonna do something about it?’”