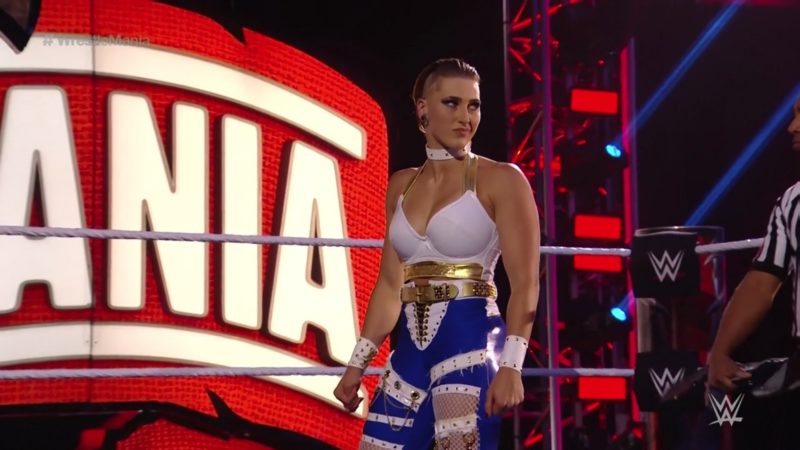 DPW2017 recapped on the Squared Circle Reddit: Her life has been so crazy recently. She’s got media every day and RAW every week and doing a lot at TV, but she enjoys it. She likes learning as she goes and she enjoys the stress.

Her character is herself but turned way up (says if she was like that irl, she’d get arrested).
She’s also currently doing acting classes. She’s using it as a way to improve her real life confidence as she’s quite shy and awkward irl. (She’s fine with confidence in the ring.)

She wasn’t focused on having a character pre WWE, just her look and her moves. She started doing that in the first MYC as well.

Her character shift in the MYC 2018 was due to her channeling her irl anger and unhappiness into a character. Her relationship wasn’t going well, she was homesick as she didn’t get to see her family and she wasn’t doing that well workwise. So she just shrugged off what people were saying about her and just tried to use it against them.

Started wrestling at 16 and moved to the US at 20.

One of the things she had to get used to in the States was unexpected….rudeness of Americans I guess. Says that when she says thank you, the people usually respond with mm hmm instead of you’re welcome.

Says she really enjoyed her time in NXT UK, would love to go back there for a match with KLR.
She says all the coaches in NXT UK helped her out but mentions Robbie Brookside, HBK and HHH especially.

She think KLR can do very well over on RAW and SD if given the chance to come over.
She remembers seeing the guys and girls on the NXT UK roster having fun by the pool while she was stuck inside working out. She had put on 10 kilos (22 pounds) when she moved to the US as the American food just made her bloated.

She says she goes to the gym every day and feels weird if there’s a point where she doesn’t.
She eats a lot of stuff so she tries to go to the gym often to work it all off, even if it is hard sometimes to motivate herself to do so.