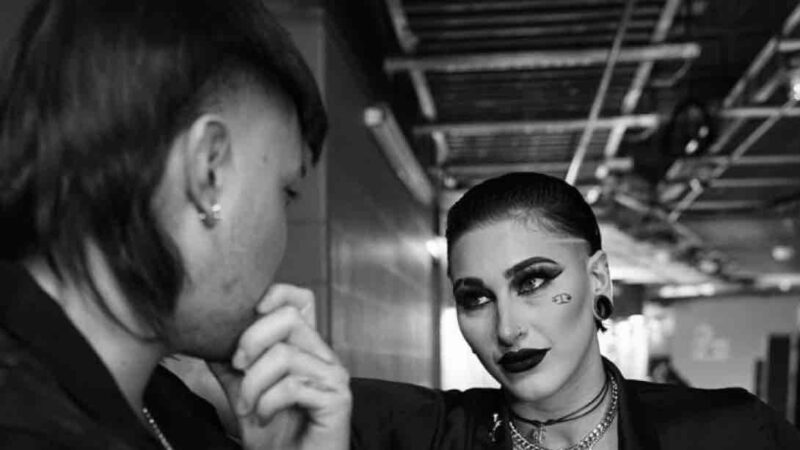 Dominik Mysterio, the son of Rey Mysterio recently turned heel. At WWE Clash at the Castle, Edge and Rey Mysterio defeated The Judgment Day in tag team match. Following the contest, Dominik shocked the world when he turned heel and attacked the babyfaces. He then went on to join the sinister stable of The Judgement Day. Rhea Ripley recently took to her Instagram account and posted a couple of pictures with Dominik. Rhea often whispers words to Dom and they were snapped doing the same. It turns out a WWE personnel knows what Ripley told Dominik. This time around they were once again snapped together at the backstage area. The caption read: “Conniving AF”

Rhea Ripley talks about the changes in her WWE career

Rhea Ripley, alongside her fellow Judgment Day members recently made an appearance on a recent episode of WWE’s The Bump. During the show, The Nightmare was asked what has changed for her in her WWE career over the past year. The Nightmare replied that she is more confident in herself and her decisions.

“Oh, immensely,” Rhea Ripley said. “I feel like the main thing that’s changed is my mental stability. Yeah, I’m definitely more confident in myself. I know what I want. And it’s the same as what these boys want and that’s why we’re all on the same page. “

The former RAW Women’s Champion added that the faction doesn’t care who they have to go through to reach their goals.