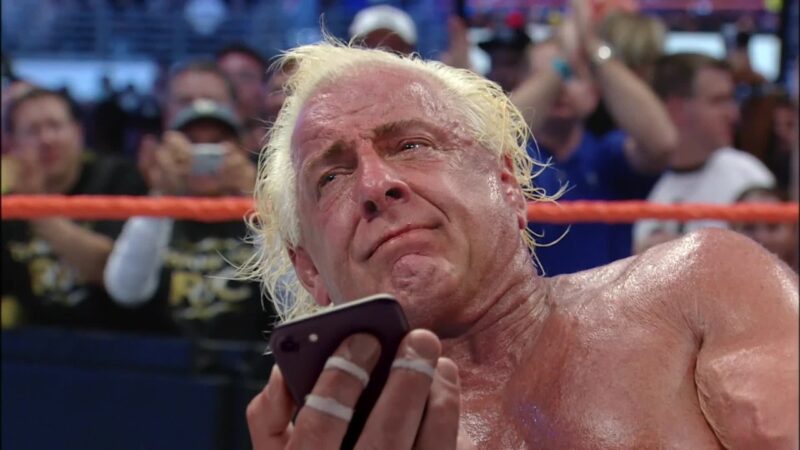 Sad news today as Ric Flair is a name that is finding himself in a sticky situation. Now, as a star, sure, you will find yourself on the wrong end of the stick maybe due to an argument or a disagreement, but Ric is under fire for something inexcusable and it’s sexual assault. Paul Heyman Drops Brock Lesnar UFC Return Bombshell.

As fans are stating under the video which you can see below, Ric Flair has supposedly been a sexual predator for a very long time. Probably even longer than I’ve been alive, honestly. In the Vice video, women are going over stories about Ric Flairs evil ways.

One woman stated that Ric Flair basically pinned her against a wall while Ric Flair exposed himself in just a robe while he started spinning his nether region around telling this woman to touch it. The woman asked Ric Flair to please stop and he didn’t. The woman in the video notes that Goldust was the only person that stepped in to help her once people caught on to what what happening in the backstage area.

Many more women are coming up now to speak about Ric Flair and we will have to see if this turns into a legal case. Ric Flair did not comment on the allegations just yet, but he did speak on the plane ride from Hell that has gone done in wrestling history while speaking on Oral Sessions with Renee Paquette.

Ric said about the ride: “God, I’ve heard about it too. Just when things are going good for me. Listen, you [Renee Paquette] put me on your podcast after. We’ll see how it plays out, because I was there and I don’t care whose name I gotta drop if the heat falls on me. I know who was where and what and who and what took place. I know the whole story.”

We've known Ric Flair is a sex abuser for a long time. But a lot of people need to hear this, anyway. pic.twitter.com/xXB2KORmEP