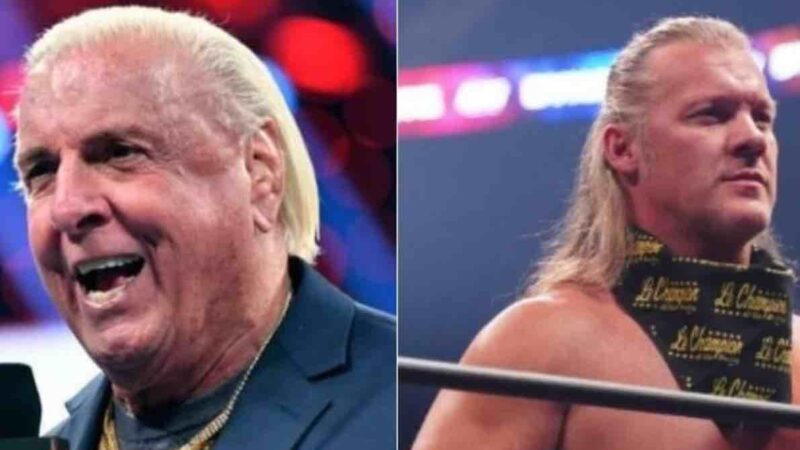 Ric Flair attacked Chris Jericho in a tweet during AEW Dynamite, burying his career and the way he dresses.


Living Legend In Your Own Mind. Shawn Michaels Wanna Be. Ric Flair Never Will Be. WOOOOO!
Where Did You Buy That Cheap Suit? Obviously Not From @GentsPlaybook pic.twitter.com/6M2UNLWtSR

The former AEW World Champion Chris Jericho recently reflected on the latest controversy that recently came in the way of Vince McMahon.The latest Wall Street Journal story on Vince alleged that he paid at least 4 women over 16 years to cover up sexual misconduct. After the report about additional non-disclosure agreements that were signed to keep women quiet, many are wondering if more people will come out with accusations. Vince reportedly reacted to the allegations. It does not appear any more women signed NDAs. There could be others who didn’t want to burn bridges with WWE who decided against seeking a settlement. It remains to be seen if any will speak out.

Chris Jericho reacts to the allegations against Vince McMahon

Chris Jericho was a recent guest on the True Geordie Podcast to discuss a wide variety of subjects. When asked if he was surprised regarding the recent accusations against his former boss Vince McMahon, Jericho admitted that he wasn’t and further explained, saying:

“Not really. Is it a surprise in any industry when it happens? When you look at it, it’s really not illegal,” Chris Jericho said. “He had an affair, paid the lady off to not say anything, and moved on. It’s almost like, ‘Okay, and?’ People want to jump on it but there is still always an undertone of ‘it’s wrestling. Oh, it’s just wrestling,’ If you look, that story came out with a bang, and then you really haven’t heard anything about it since. If this was Hollywood, with Harvey Weinstein, that sort of thing…the difference between that is, he was holding women back for getting gigs, Harvey Weinstein. ‘Either bang me or you don’t get the starring role.’ This has never been said in Vince’s thing. It was a mutual acknowledgment of the affair, he paid the lady to say nothing, and she took the money. I really know Vince well and it sucks that happened, it sucks that he did it, but is anything really going to happen from it? I don’t think so.”

The latest Wall Street Journal story on Vince McMahon doesn’t appear to have much of an effect on WWE business and McMahon seems to be not bothered by anything.

The Wall Street Journal recently posted another story on Vince McMahon and this one alleges that McMahon paid $12 million in hush money to four women in the past 16 years to suppress allegations of sexual misconduct and infidelity. This amount is a lot more than was previously known.

The story notes that there was a $7.5 million pact with a former wrestler who alleged that McMahon forced her into giving her oral sex and then demoted her and then declined to renew her contract in 2005 after she resisted more sexual encounters.