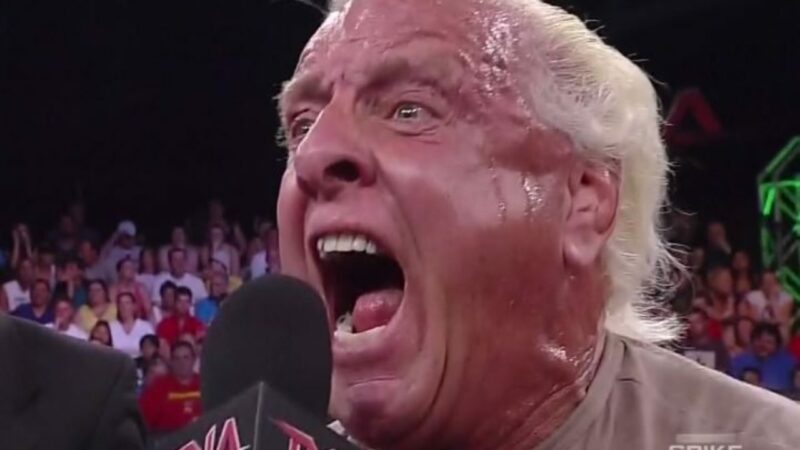 The Royal Rumble featured Jackass star Johnny Knoxville as one of the participants in the Men’s match as he carried on his ongoing feud with Sami Zayn. Knoxville announced his entry into the match a few weeks before. This was done to promote the latest movie in the Jackass series.

He entered the Rumble at #9 and lasted just over a minute before Sami Zayn threw him out. Ric Flair recently spoke on his Wooooo Nation Uncensored podcast, where he made it clear he did not like Johnny Knoxville being in the Men’s Royal Rumble match.

“Someone has got Vince (McMahon) convinced that the entertainment value that Johnny Knoxville brings to the show – which I turn off when he’s on – is cool. I’d rather watch an episode of The Young and the Restless than watch Sami Zayn and Knoxville.

Johnny Knoxville, I’m not saying anything about him as a person or his career, I’m just saying I don’t get him in connection with wrestling. Other than obviously being a big fan and wanting to lend his skill and talent to the show. I respect all that, you’re asking me my personal opinion.”