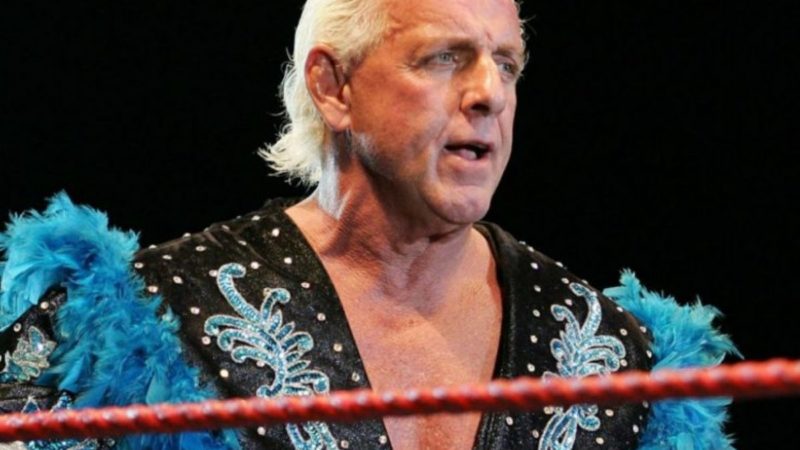 Ric Flair has responded to a rumored affair photo, denying it.


This Picture Is As Real As That Other One Floating Around. The Nature Boy Doesn’t Ride Trains! WOOOOO WOOOOO! pic.twitter.com/XdM6AlQ3wM

Wrestling legend Ric Flair could be back in the squared circle as the former AEW TNT Champion Darby Allin expressed his desire for an AEW dream match teaming with Sting against Andrade El Idolo and Flair.

Allin is set to team up with the Icon tonight on Dynamite for his first match on TNT in two decades as they face former WWE duo 2.0. Tonight’s match comes after two decades following the match between Sting and Flair on the final episode of WCW Nitro. The Nature Boy is now a free agent after leaving WWE and AEW could certainly sign him up. He recently accompanied the future son-in-law Andrade El Idolo to the ring at TripleMania XXIX over the weekend. Sasha Banks Bombshell Medical News Revealed

Darby Allin had an interview with Metro and he talked about the potential tag-team bout.

“Yeah, that’d be fun! Anything is possible, I feel. You’ve just gotta be patient and see what goes down, and where the wind takes you.

Darby Allin went on to speak about the debut of Sting in AEW last December:

‘The first night he debuted, I went in his locker room and we start talking and stuff like that. I was showing him more videos of the stuff that I do, my promos and stuff like that, and he got to see my creative side out of the ring,’ he recalled.

We will see if the dream match eventually takes place as it will be a historic bout to witness.