The two-time WWE Hall of Famer Ric Flair is likely to join AEW. He recently made some headlines when he had requested his release from WWE and was eventually granted for the same. Now, a picture indicates that his signing with AEW is imminent.

Flair took to Twitter and uploaded a photo of himself backstage in AEW with Sting as the two wrestling legends had a reunion. He made sure to note that Sting was his friend for life.

“No Matter Where The Path Of Life Takes Us, We Are Friends For Life! WOOOOO! @Sting” 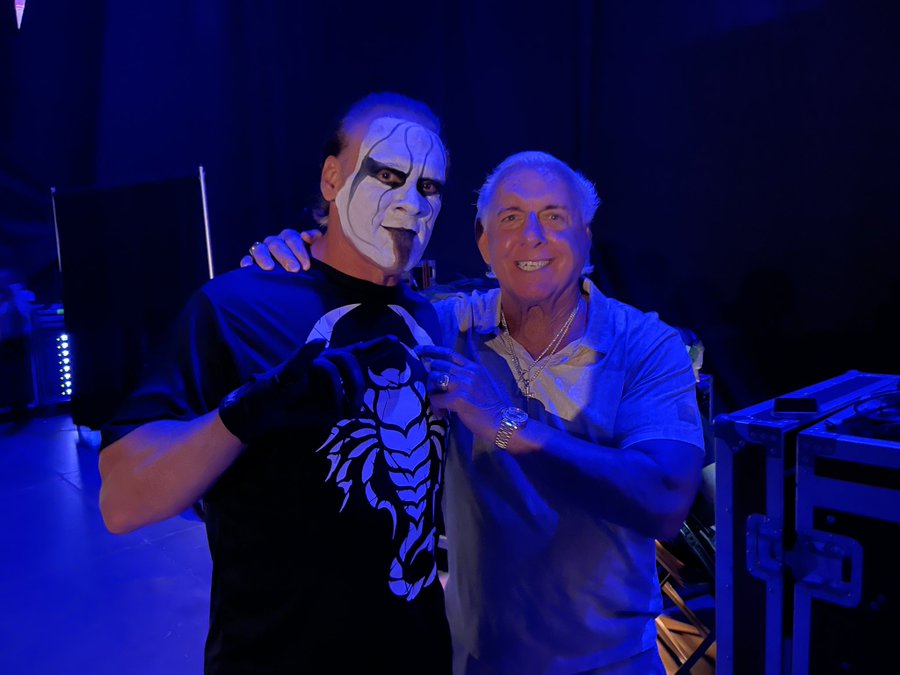 No Matter Where The Path Of Life Takes Us, We Are Friends For Life! WOOOOO! @Sting pic.twitter.com/jdrF0MUYfF

‘The Nature Boy’ had previously flaunted his gym pictures and also declared in a post that he will never retire. He had also expressed his desire to have one more run inside the squared circle. The 16-time World Champion had also made an appearance at TripleMania XXIX when he had accompanied Andrade El Idolo to the ring. Mandy Rose Shows Backside In Black Hair Photo

Eric Bischoff recently stated that he would be surprised if Flair doesn’t eventually join AEW. It is to be seen when the fans can actually witness Flair in Tony Khan’s company. It could be as early as tonight’s AEW Dynamite edition as well.