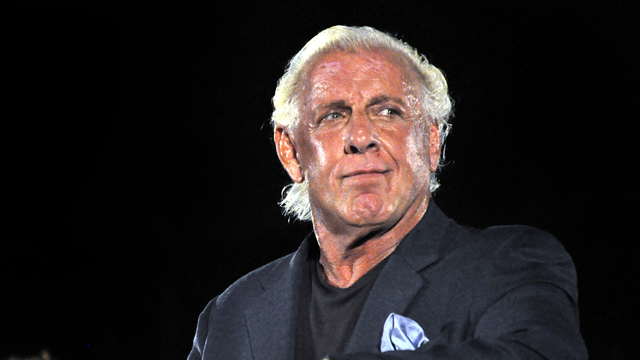 WWE Hall Of Famer ‘The Nature Boy’ Ric Flair has released another episode of his podcast The Ric Flair Show. You can check out some highlights from the episode here:

On Ultimate Warrior giving him one of the worst matches of his career:

“I’m wrestling the Warrior in Winnipeg [Canada], right? I’m the champion. And the match, Mike, probably, the second worst match I ever had in my life. The first being when I wrestled The Warrior in Phoenix [Arizona] and he dropped me on my head. Okay? So I come back from the ring. I knew the match just was absolutely brutal. And Pat Patterson goes to me, ‘that was the worst f–king match I’ve ever seen in my life’. And I said, ‘you’re telling me, motherf–ker? I was in it!'”

Flair continued, “it was absolutely terrible. I just couldn’t have a match with him. It was like wrestling Jimmy Valiant. When the music stopped, the match was over.”

On wanting to have given Bret Hart a better WWE title match in 1992:

“Well, going back to what I had said before, I was wresting The Warrior two nights before that and he dropped me on my head in Phoenix. And I got that inner ear problem where I lost balance. And I never was capable of giving Bret nearly the match he deserved that night. I literally lost my balance and I just hobbled through the match. And he actually carried me because every time I went down, my equilibrium was gone and I couldn’t get back up fast enough to feed him. Do you know what I mean because I fell down and it took me awhile to get used to it.”

“I did the best I could. It wasn’t nearly the match that it should have been. I wish I could have given him a better match because he won the world title and he deserved to get it, so that’s how it started. And I had that darn inner ear thing and it didn’t go away for six months.” Flair reflected, “I wish I could have given Bret a better match. We certainly had some good ones after I got well and he was champion and I was chasing him. It was fun. It did real well.”