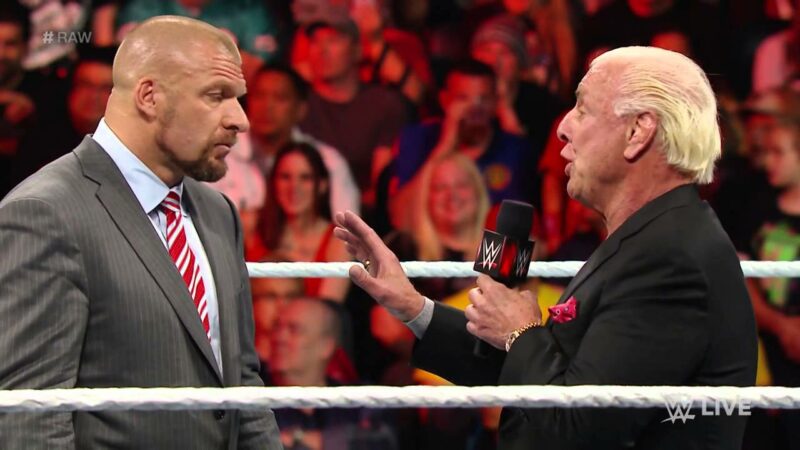 WWE Hall of Famer Ric Flair opened up on his recent divorce and stated that he was disappointed when his friends in the company did not reach out to him following the event. ‘The Nature Boy’ previously announced on social media last month that he and his wife Wendy Barlow had parted ways. The couple married in 2018.


Ric Flair talks about being upset

While speaking on his Wooooo Nation Uncensored show, Flair divulged the fact that constant travel had caused the relationship to end. He then expressed his displeasure about not receiving support from his friends in the company, including likely Triple H:

“Everybody just wants to be negative (about his divorce). What disappoints me is that… she still runs my business affairs, handles my personal life, there’s nothing wrong with our relationship. I’m very difficult to live with ’cause I want to travel, I like signing autographs, I like going to St. Louis with you, and she did that for nine straight years and she got tired of it.”

He continued that not a single person from WWE reached out to him and lambasted the company for their actions:

“But what killed me is that if Charles Barkley, Darius Rucker… name it, I can go on the list – Kid Rock, can call me and say, ‘Is everything cool?’ which they have, and I go, ‘Yeah, everything’s great,’ life just changes and goes in different directions. Not one person from the WWE, not one (reached out to him). The most insensitive company in the world. People that have give my life to and they’ve given me a lot of theirs. None. You see where it goes, when you’re not there they don’t care,” said Flair.