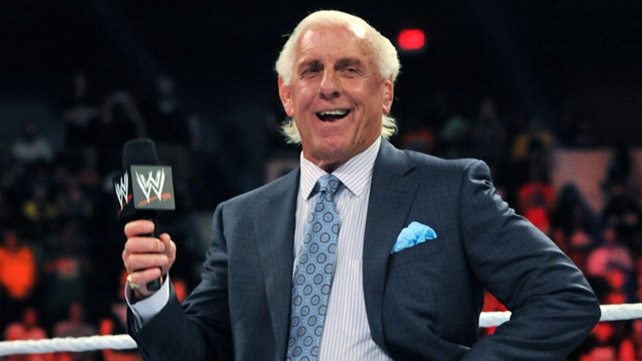 Back in August of this year, the Nature Boy was admitted to the hospital and placed in a medically induced coma. During his time under, his agent Melinda Zanoni said that the visit had to do with complications that the 16-time world champion had been dealing with for the past 40 years.

Since being brought out of his coma, not much was said on Flair’s reasoning for his hospital visit, until now. In a recent interview on the School of Morton Podcast, Flair stated that he’d been drinking with a friend when he felt a sudden sharp pain in his stomach. On his way to the hospital, it was revealed that his intestines had busted open. Naitch said everything after that was a blur.

According to Flair, he has stopped drinking since the incident, which he claimed was a “binge episode.”