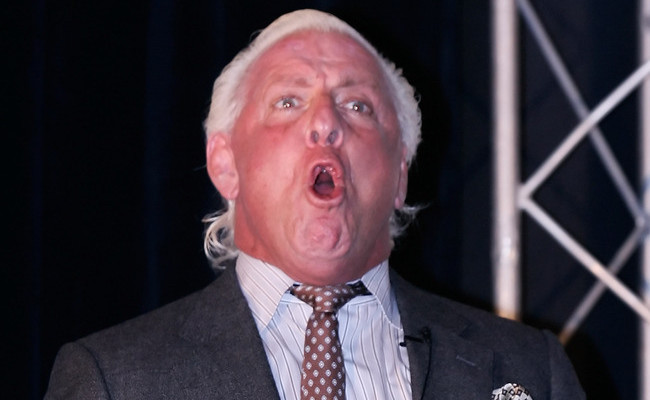 According to a report from Pro Wrestling Sheet, WWE Hall Of Famer Ric Flair was kicked out of a Fort Wayne, Indiana bar last night (Sun. April 9, 2017) after calling the bar tender a ‘fat ass.’ People on Twitter stated that ‘The Nature Boy’ had only been at the bar for five minutes before getting the boot: