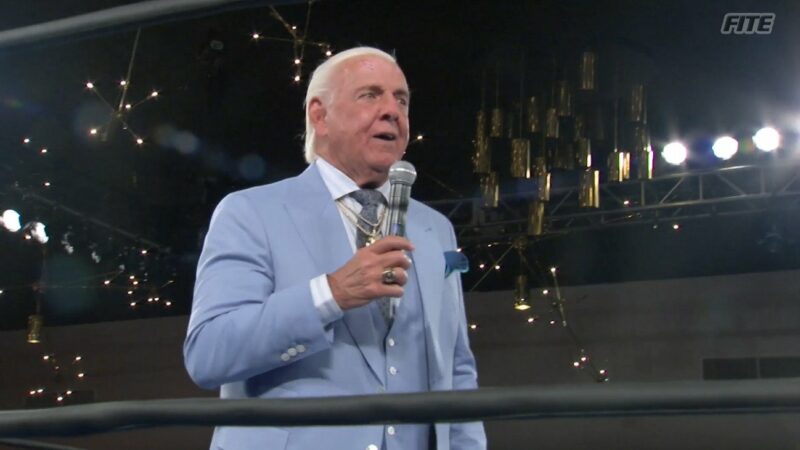 Brock Lesnar was then suspended after assaulting Adam Pearce and others on the subsequent episode of Friday Night Smackdown but has since then returned on last week’s show. The two will be facing off against each other at WWE Day 1 on January 1st of next year.

His last appearance was at WrestleMania 37 as he worked alongside Michael Cole and announced both Night One and Two of WrestleMania 37. That all changed once Samoa Joe made his return back in June to NXT. Eventually, Samoa Joe won the NXT Championship in his in-ring return after he defeated Karrion Kross for the title at the NXT TakeOver 36 special last month.

Unfortunately, Samoa Joe had to relinquish his NXT Championship after suffering an undisclosed injury.

WWE Hall Of Famer Ric Flair recently spoke on his Wooooo Nation Uncensored podcast, where he gave Samoa Joe a lot of praise for looking like a credible opponent for Brock Lesnar.

“I really like Samoa Joe a lot. I got a lot of time for him. I definitely believe he is solid on the microphone. He is one of the few wretlers that, when he grabbed Lesnar, it was actually believable. Going back to what I said last week, those Samoan kids are not only tough, they can all work and they are tough and tenacious kids.

To me, he is just very talented. I knew he had an injury but I cannot remember what kind it was. He and I have talked, and I enjoy being around him, Joe is a very nice guy.”