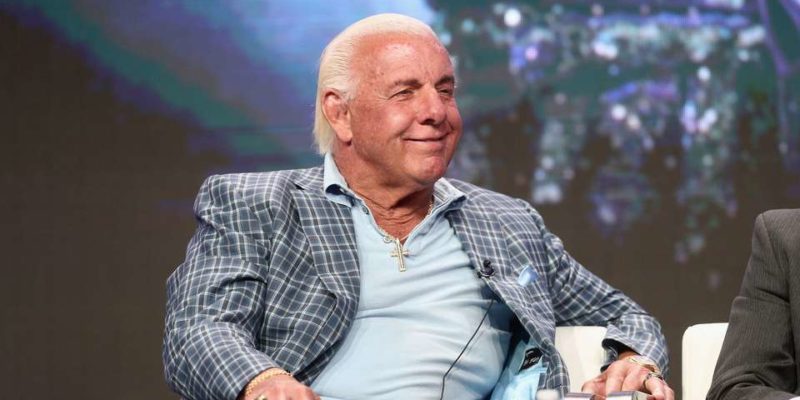 The Nature Boy Ric Flair is not only a Hall of Famer but a record 16-time World Champion. While speaking to Wrestling Inc recently, the legend talked about his time in Evolution, Batista and revealed who he had heat with.

Flair has been known to have his differences with a lot of people over his long and illustrious career, and he talked about how he struggled while in Evolution, his heat was only with Eric Bischoff.

“Certainly Dave [Batista] made an impact, not only with us but as a singles and is a huge star in Hollywood. Kevin and Scott came along and revolutionised that thing. The guy who really kicked it off for them was when they got Sting. Everything ties together. I’m happy for all of these guys that were during my career that I had the pleasure to work with. Even though I struggled with some of the stuff, it wasn’t with those guys. My problems were with Bischoff so I can’t put heat on them.”

Bischoff was the General Manager of RAW in 2003 at the time Flair was part of Evolution along with Batista, Randy Orton and Triple H. It is a known fact that the two had gotten into a major altercation at the time.