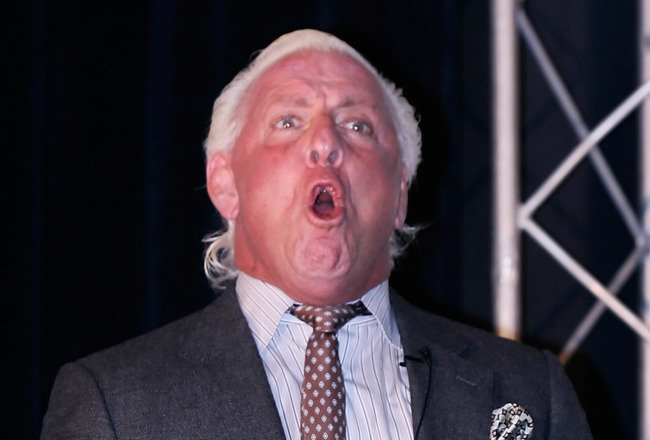 In the latest episode of his show ‘The Ric Flair Show’, WWE Hall of Famer Ric Flair discussed tonight’s WWE Draft, the possibility of it leading to Triple H vs Shane McMahon, and Brock Lesnar’s United States Anti-Doping Agency (USADA) violation. Here are the highlights:

“I can’t think of two better, more qualified people to be running the shows. It’s just that when you do the draft, it’s all about depth because of the depth chart and everyone being healthy, so, I mean, in terms of entertainment value, I think that’s great. I just hope everybody stays healthy because once you start separating all the main players, it’s important that the rosters stay healthy.”

On Triple H vs Shane McMahon:

“I really didn’t know what to expect until I watched the weigh-in. When I saw [Lesnar] at the weigh-in, I said, ‘Hunt is in a bad place’. I mean, Brock was so much bigger and looked to be in so much better shape. As a matter of fact, I’ve never seen Brock in better shape. I mean, he looked phenomenal. He dominated. He was aggressive from the start. He is a world class wrestler and I don’t know Mark Hunt. Obviously, he’s a real tough guy, but he didn’t look to be in the kind of conditioning to be in a match, a legitimate fight, with Brock Lesnar.”

“I don’t know about putting the belt on him because I thought there was a void when [he was WWE Champion] because of his limited schedule. As far as SummerSlam goes, nobody thinks more of Randy Orton than I do, but I think Randy is in a bad place.”