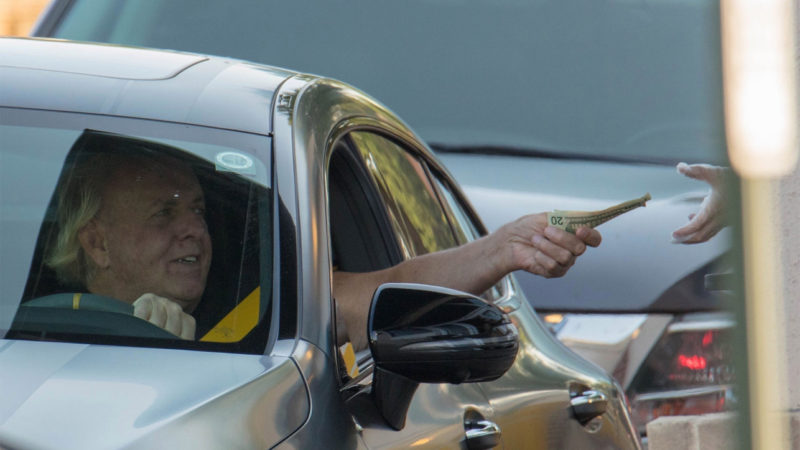 Despite his wife Wendy Barlow contracting COVID-19 and reportedly being very ill, Ric Flair has been spotted buying coffee from a local Starbucks drive-through without wearing a mask, and has been put on blast by the The New York Post.

The same story states Flair also has COVID-19, but he denies this:

“That is absolutely incorrect. My wife does [have the virus]… we live in a 5,000 square foot home. I live in the basement. She lives upstairs on the third floor and she got sick.”

When quizzed about not wearing a mask, Flair hangs up according to the article, but later texts back to say “his health is excellent.”

‘The Nature Boy’ was being booked on Raw tapings several weeks ago alongside protégé Randy Orton, but is not expected to be used in the near future.