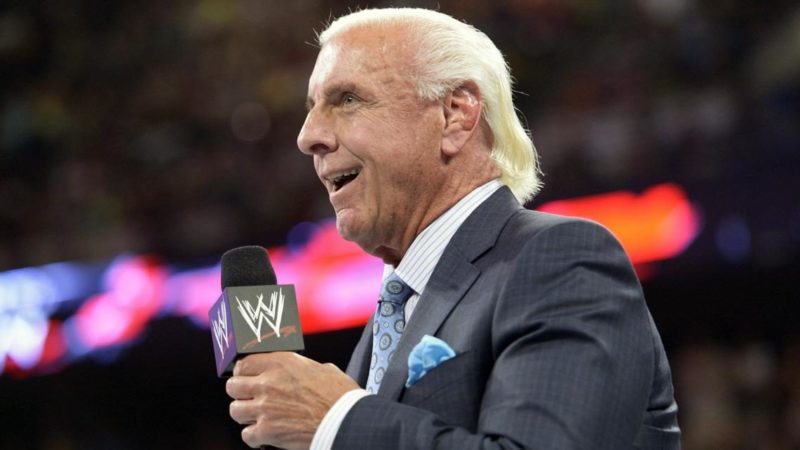 While many other stars seem to be signing long term contracts with WWE, it appears that at least one star has his deal expiring soon.

According to Wrestling Observer Newsletter, former World Champion Ric Flair’s current deal with WWE is set to expire, right around the end of this year.

The Nature Boy has pulled his merchandise from Pro Wrestling Tees and many believed that it’s an indication that he has already inked a new deal with the promotion.

However, it was noted that Ric Flair has not signed a new deal yet and the merchandise was pulled by his team to be open to other business offers regarding his stuff.

There is no word yet on if the 16-time world champion plans on re-signing with the company but he is friends with Tony Khan and the AEW president was invited to the wrestling legend’s last wedding.

So it’s won’t be a surprise if AEW makes a significant offer to Flair while WWE also does the same to try and keep him from appearing on AEW TV.