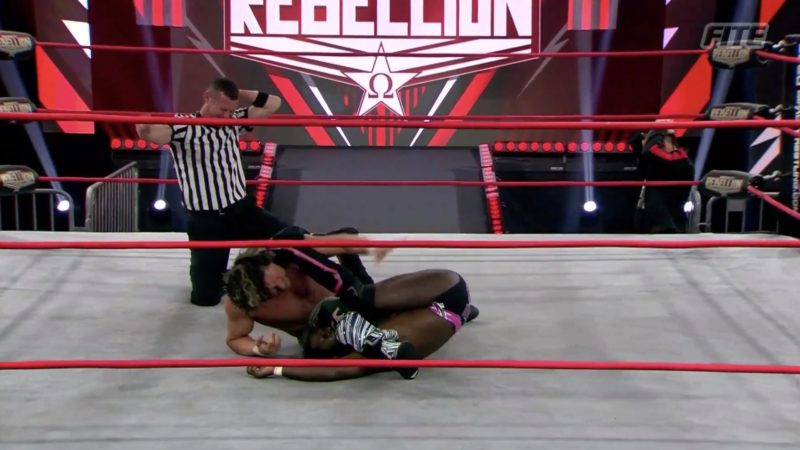 Bryan Alvarez said on Wrestling Observer he believed Rich Swann was ‘blown up’ for the last 10 minutes of his match with Kenny Omega at Impact Rebellion. Omega won the match, and is now the Impact Wrestling and AEW Champion.

AyyDisFaker commented on the Squared Circle Reddit, “Was that the point where Swann botched the 2nd Avalanche OWA and Kenny had to make it look like Swann did something to him.

Maybe it all started on that “failed” headstand that Swann did where he actually drilled his own head in the apron? Maybe that was actually a botch? Because I keep seeing some comments here and there that he might have been concussed on that.

Because Alvarez was not wrong. It really did look like Kenny had to drag Swann around in the final minutes of the match and make it look like, I dunno, something.”

Tronvillain said, “I was honestly wondering if it was just me, because as I was watching it I thought Swann seemed really off, and the miscues in the match looked like they were on him.”

Exwxc chimed in, “The idea that Swann was exhausted only makes sense if you be not seen Swann wrestle before. He took multiple v triggers to the head, he sold that

(Or he was legit concussed from an email earlier spot).”