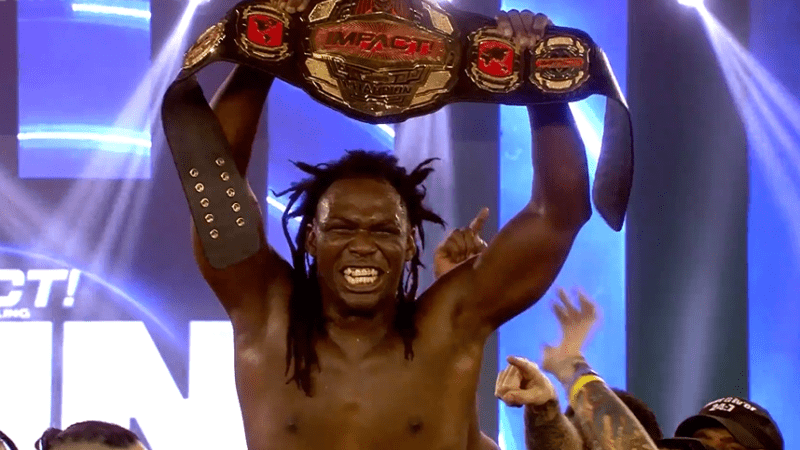 Eric Young defended his Impact World Heavyweight Championship against Rich Swann in the main event of Bound For Glory.

Young was vicious and relentless as he was hell-bent on retaining his Title against Swann. Young targetted Rich Swann’s neck and ankle during the match, but Swann did not give up and persevered.

The finals moments of the match saw Swann hitting two Cutters and then a Phoenix Splash off the top rope in order to get the three count. He was victorious in the match and became the new Impact World Heavyweight Champion.

After the match, the entire Impact Wrestling locker room came out in order to celebrate his huge win.