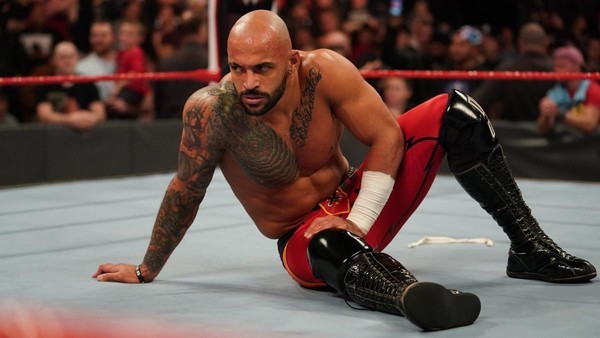 Ricochet has been subject to many rumors and reports recently due to the poor treatment he has received on WWE television in the last few weeks.

The former NXT star first lost a one-sided match against Brock Lesnar at Super Showdown and he was then cleanly defeated by Riddick Moss for the WWE 24/7 title on last week’s episode of Raw.

All this has made many believe that Vince McMahon is done with The One and Only and the Boss is trying to bury the Raw star but Ricochet himself seems to be unmoved by these events.

The WWE star recently took on his Twitter to respond to the fans complaining about his recent losses and said that they should be happy that he gets to perform for them:

Okay, I just want to say everyone should be happy that I get to perform for you all every week. Because at the end of the day, it doesn’t matter to me in what capacity. So let’s celebrate that and not dwell on anything else. #LifeIsGreat

What do you think about Ricochet’s recent losses and do you feel WWE is trying to bury him? Let us know your thoughts in the comment section below.