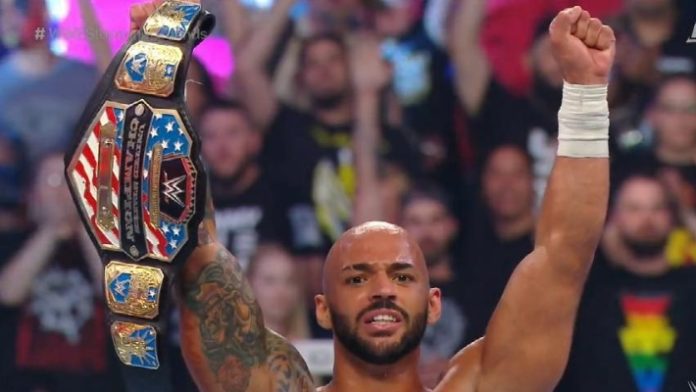 WWE Stomping Grounds featured seven title matches and during the kickoff show, a title had already changed hands. Another title would change hands as Samoa Joe was unable to defend his United States Title against Ricochet.

This is the first title reign for Ricochet on the main roster. He previously held the NXT North American Champion during his time on NXT.