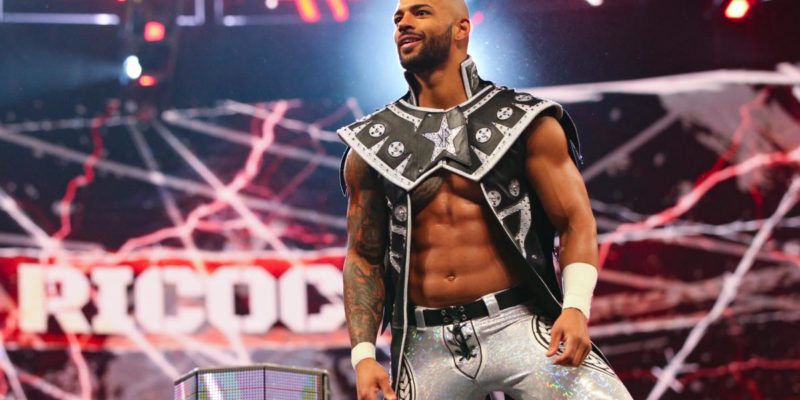 WWE’s Ricochet has revealed that the jacket that he wears as part of his entrance gear is actually homage to a wrestler that he looks up to – Hiroshi Tanahashi.

He even calls himself the “Ace of NXT” which, again, is taken from Tanahashi’s nickname, “The Ace of New Japan”.

Appearing on Chasing Glory With Lilian Garcia, (via ProWrestling Sheet) Ricochet talked about his homage to the original Ace and revealed that he did, in fact, take permission from Tanahashi before using the nickname.

“There’s a wrestler in Japan called Hiroshi Tanahashi, and ‘Ace of New Japan’ is what they call him. He’s been the top guy there for years now and he’s just so good. He’s one of the best in the world even to this day. He always came to the ring and looked so cool and his jacket was kinda the same style. I actually messaged him and asked him, I said ‘Hey do you mind if I use that same style of jacket. And if I call myself ‘The Ace of NXT’ — or I guess now it’s ‘The Ace of All WWE’ — and he goes ‘yeah I would like that.”

Ricochet and Tanahashi have been involved in the ring together during Ricochet’s time in NJPW. He joined the Taguchi Japan stable and went on to team up with Ryusuke Taguchi and Tanahashi to defeat Los Ingobernables de Japon and won the NEVER Openweight 6-Man Tag Team Championship.