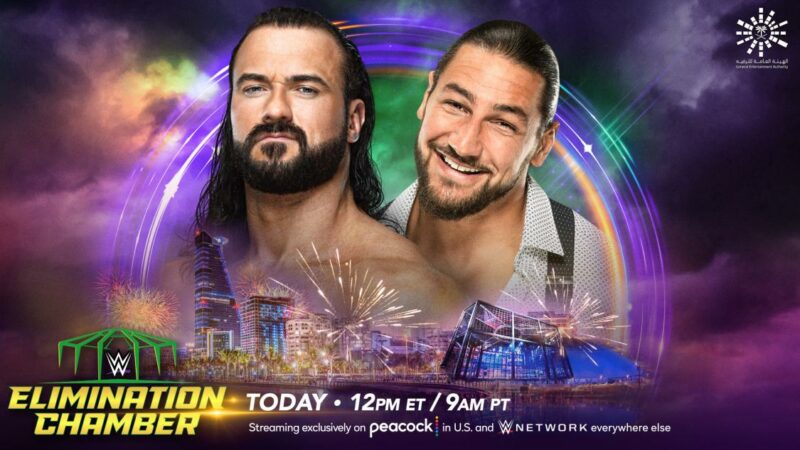 Riddick Moss was dropped on his head during a match with Drew McIntyre at WWE Elimination Chamber, as seen below.

A big name may be returning to WWE after Elimination Chamber. YouTube personality turned professional boxer Logan Paul is currently one of the most popular celebrities in the world right now. Logan Paul’s huge Francis Ngannou bet was also revealed recently.

Logan Paul is currently 0-1 in professional boxing. He would lose via split-decision defeat to fellow YouTube star KSI in Los Angeles in November 2019. In the ranks of exhibition boxing, however, Paul would face five-division world champion Floyd Mayweather Jr with no winner being declared last year. That fight went the full eight rounds and was held at the Hard Rock Stadium in Miami Gardens, Florida. The fight reportedly sold more than one million pay-per-view buys.

Logan Paul had been involved in a storyline in WWE back in April of last year, as he was in Sami Zayn’s corner for his match against Kevin Owens at WrestleMania 37. According to a report by Ringside News,  “WWE is reaching out for as many celebrities to be involved as it makes sense for WrestleMania” if Paul gets a call. It was also said that Logan Paul is a natural decision for a role of some kind.

It was said that Logan Paul ”seemed to live up to his part of the deal last time.”

In other news concerning Logan Paul, former WWE Champion Big E recently sat down with Sun Sport and was asked if the Pauls will follow down the same path as Bad Bunny or will have a sizable career within sports entertainment and professional wrestling. Credit to the outlet for the following.

“In many ways, I’m a fan of the Cesaros of the world and these pure wrestlers, these guys who dedicated themselves to [professional wrestling] too. But you know, I think we also need to be open to these spectacles. That is our industry. That’s that circus element of professional wrestling, of WWE. So, yeah, I think there’s definitely a place for them.”

“I think kind of the death knell for any performer is when people are quiet when they’re ambivalent when they don’t care. But if they feel a certain way about you, whether they want to boo you or cheer you, we can use that.”

There is a report that Logan Paul is going to be at Mania’. We have not been able to 100% confirmed this, that being said… It is very possible.

We are told that he lived up to his part of the deal last time and WWE is reaching out to many celebrities as possible for the show.