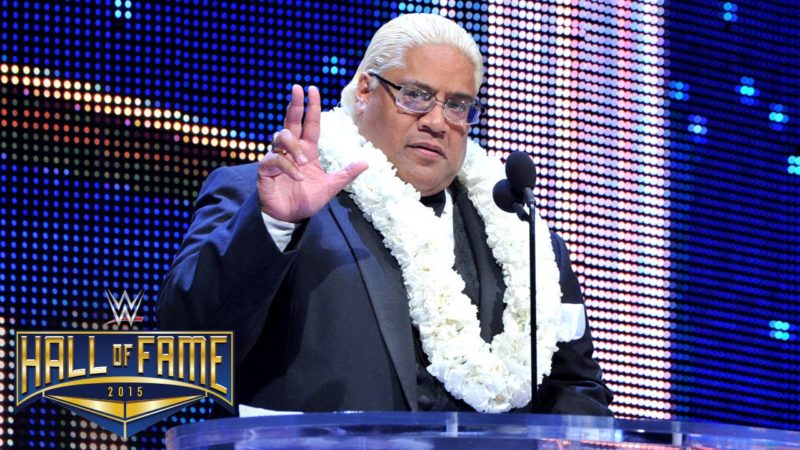 WWE Hall Of Famer Rikishi was recently interviewed by the Miami Herald. You can check out some of the highlights from their conversation here:

On who came up with the Stink Face:

“It was collaboration with myself and Vince McMahon. They wanted to do a spin-off of the late Yokozuna, but I wanted to add my own identity to it. I didn’t have a problem wearing a thong and bleaching my hair. I wanted to have some type of ideals of what would a sumo do and not do. Coming up with the dancing and stuff, I didn’t want to be exactly like my cousin, which I couldn’t even fill Yoko’s shoes, respectfully. The first time I came out in that character the people knew it was me, but it was a different look, and when I took that kimono off, pretty much my whole bare ass was hanging out, and it was probably one of the largest pops I’ve ever heard . They say this, ‘Shake what your momma gave you.”

On The Usos and Roman Reigns:

“The boys and Roman Reigns are doing well. All the family is proud of them, doing such a great job representing the family and continuing the legacy and the Samoan Dynasty. In our family, we don’t know why there are so many of us in wrestling. We think about it at the dinner table when we have big family reunions, and it just comes from a passion and love we have for the industry.”