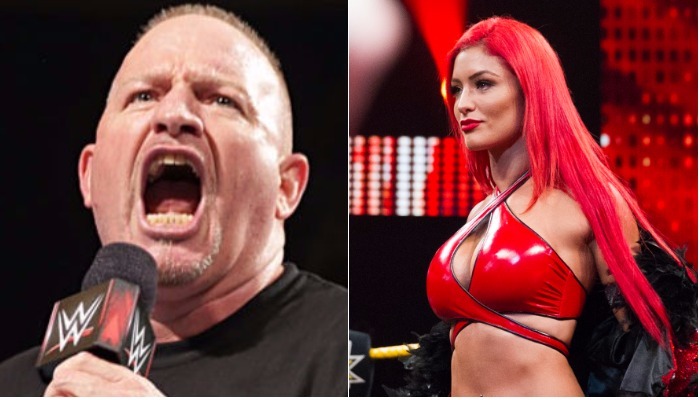 There were more than a few people with differing opinions when it was announced WWE and Eva Marie were parting ways. While most people really wouldn’t notice if Eva made her departure from WWE, and others thought it was a terrible move to let a talent like her go.

During her run with WWE, Eva Marie’s impact was mostly felt on Total Divas rather than in the ring. She was certainly a character on the popular reality television show though. There was a time when it looked like WWE was going to do something with the young female Superstar in the ring. But after a failed wellness policy test it seemed like Eva’s time had passed.

After that, Eva Marie started picking up movie roles which seemed to be enough to keep her away from the ring even longer.

The internet is full of people with opinions and Bill Bhatti decided to let his go. He directed a question at SmackDown Live head writer, Road Dogg while saying WWE doesn’t realize their fan base is male and has an affinity for attractive women. Only Bhatti decided to use much more colorful language.

Road Dogg tweeted back because he wanted to set the record straight about Eva Marie. The D-O-Double G wanted to make it clear it was Eva’s choice to leave WWE. He also politely asked Bill to refrain from using such crude language in an effort to keep his timeline as clean as possible.

So, for anyone out there who is under the impression WWE dropped the ball with Eva Marie, then rest easy. Becuase it was All Red Everything’s choice to depart from Vince’s Parade Of Powerslams and not the other way around. It’s also a good idea to pose your questions to Road Dogg in a respectful manner and not use such crude language because after all, children have access to Twitter.

Wasn't our decision but at least your tweet is crass and classless. C'mon Billi, keep it clean on my TL dude