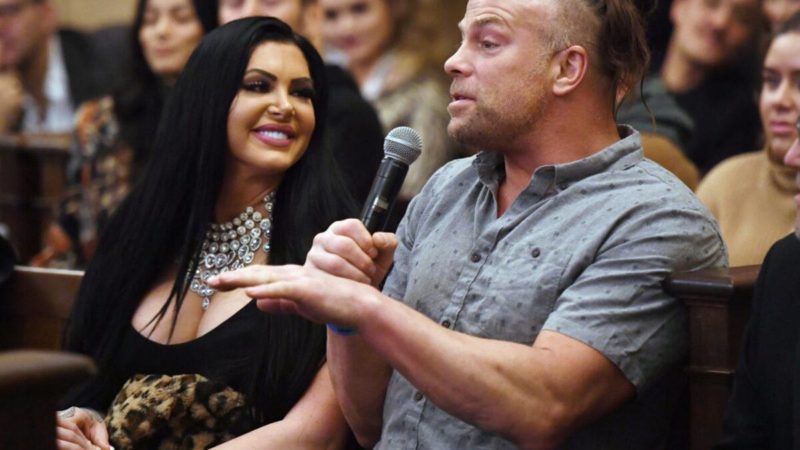 The Street Profits, Angelo Dawkins, and Montez Ford praised RVD’s induction during the 2021 WWE Hall of Fame Class. After Van Dam’s introduction the ever-popular tag team made reference about getting high with the former WWE Champion at the Hall of Fame afterparty, saying they would need ‘eye drops.’ This would certainly bring new meaning to ‘Wanting the Smoke’, the popular catchphrase of the Street Profits. Paul Heyman recently spoiled Rob Van Dam’s return to WWE.

In other news regarding Rob Van Dam, during a recent interview with the Angle Podcast, Rob Van Dam discussed his relationship with WWE Chairman Vince McMahon. Credit to Fightful for the following quote.

I’m in with Vince. As long as Vince loves me, there’s nothing that I want from them so it’s not a problem. I keep up with Vince enough. I have a relationship with Vince in my own mind because I respect him and I’m so glad to know him and he’s alive and he’s a treasure. When I was there, I wasn’t mature enough to handle a relationship like that. It was like trying to talk to somebody that spoke a different language. He’s intimidating and also, what am I going to talk about? I’m trying to go to my car and smoke a joint and he wants to know what I think about working a program with so and so,