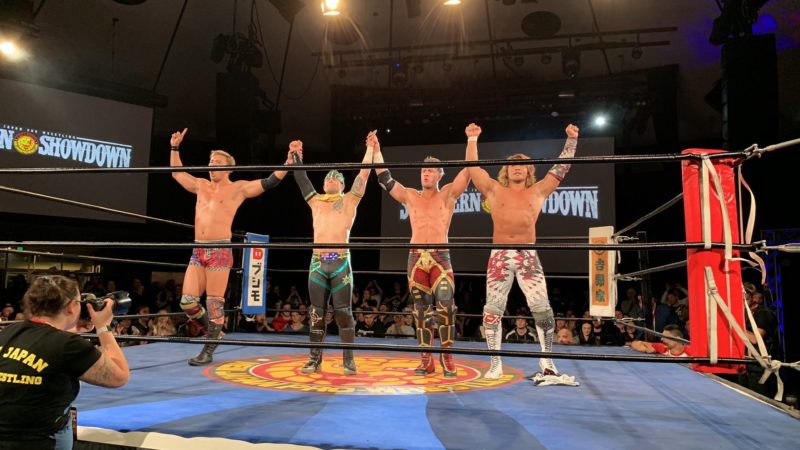 On the Night 2 of New Japan Pro Wrestling’s Southern Showdown event, Robbie Eagles of the Bullet Club had a change of heart.

Eagles was part of a six-man tag team match where he teamed up with Jay White and Bad Luck Fale to take on Hiroshi Tanahashi, Kazuchika Okada and Will Ospreay.

Following the match, Eagles turned on his partners of the Bullet Club, and they retaliated back. Ospreay came down in the aid of Eagles and offered him a spot in CHAOS. Eagles accepted.

Eagles seemed to frustrated with Bullet Club for while as he thought he wasn’t a major influence in the stable. He especially didn’t like it when indie star El Phantasmo joined the group and stole the spotlight from him. He was visibly upset when Phantasmo helped him win against Ospreay at the Best of Super Juniors tournament.