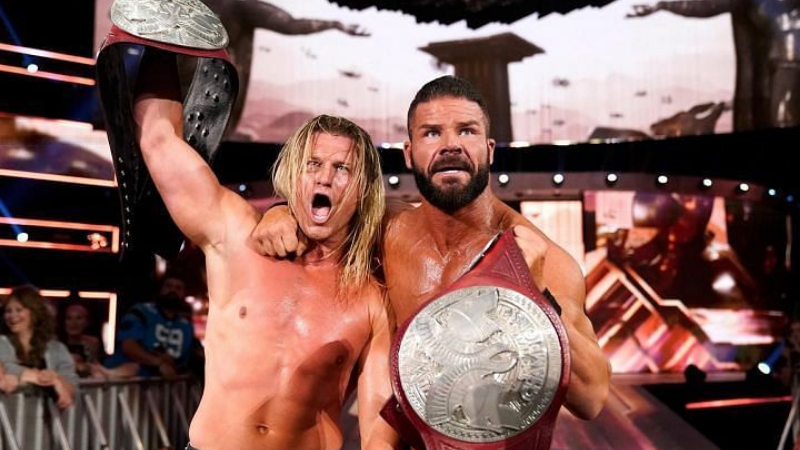 The Dirty Dawgs took on Angelo Dawkins and Montez Ford with the gold on the line on tonight’s episode of SmackDown. Angelo Dawkins started things off for The Street Profits. Commentators Michael Cole and Corey Graves were heard discussing a leg injury that Montez Ford had previously sustained.

What happened on SmackDown

The injured leg played a key factor in the match, as Robert Roode and Dolph Ziggler continued to take advantage of it the entire time. Despite the injury, The Street Profits contested valiantly, escaping several near-fall counts. It took Roode and Ziggler a lot of effort to make the final pin. However, they did it in the end with a Spinebuster and Zig-Zag combination on Ford.

With Dawkins nowhere in sight to break up the cover, Ford could not get out of this one.

The SmackDown Tag Team titles saw a change of hands for the first time since WWE Draft. It was previously held by The New Day, and they swapped it with The Street Profit’s RAW Tag Team titles after they went to opposite brands in the Draft. The New Day’s Xavier Woods and Kofi Kingston have also lost their title recently to The Hurt Business’ Cedric Alexander and Shelton Benjamin.