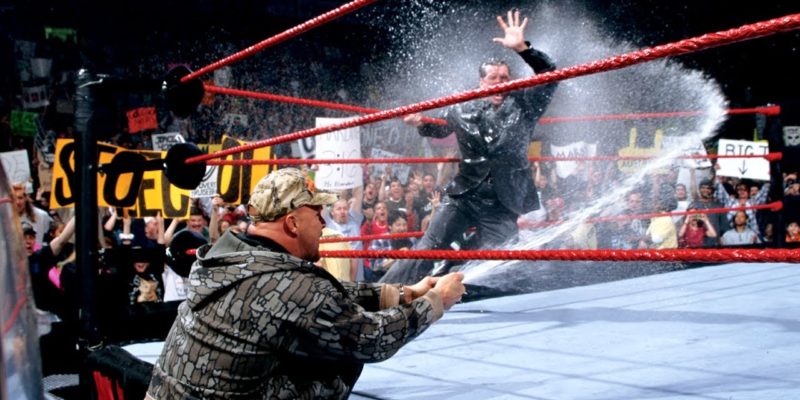 After The Rock recently commented on the 20-year anniversary of Steve Austin’s fabled beer truck segment on Raw, a fan raised the subject of Vince Russo (who was part of the creative team) and how he ‘catches a lot of crap’ and Rock responded:

My tough SOB brother @steveaustinBSR was operating here with a legit broken neck so we had to be creative with keeping our physicality to a minimum until our big WrestlemMania match.
The result was one of the most entertaining segments to ever take place on LIVE TV. 🍻🔥 https://t.co/oiSdm0MIOI

Not sure why @THEVinceRusso would catch crap over this. I had a great time working with that guy. I had some crazy out of box ideas and never once did he bat an eyelash. He’d always say, “fuck yeah let’s do it”. And we did. And we killed. Always fun!

What do you guys think? Vince Russo clearly rubs up many people in the industry the wrong way, but there’s no denying his influence during the ‘Attitude Era’ and some of his work creatively has to be admired.