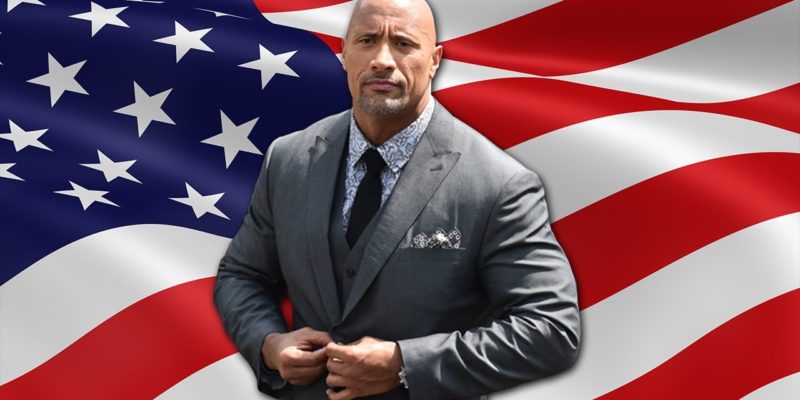 There have been lots of talks recently about Dwayne ‘The Rock’ Johnson running for president at the next elections. These speculations were fuelled when in a recent interview; he said that he would like to see a better leadership for America.

During his recent interview on The Tonight Show, he was asked about his previous interview and how it has become a hot topic, to which the former WWE Champion said this:

“The story has blown up because it was so wonderfully written, the surge and the ground swell since then has really been amazing.”

Talking about the recent poll done by Public Policy Polling in which he beat the current American president Donald Trump by 42 – 37 where people were asked who would they support in 2020 elections, Dwayne said he was blown away by the response:

“I’ve really been blown away, it’s so flattering, I think it’s because a lot of people want to see a different leadership today – not different, but a better leadership today. I think more poise, less noise.”

Then he talked about how he has become a person with whom lots of people can relate, though, at the end instead of giving a definite reply to the question whether or not he’ll run for the office, the former WWE star kept the options open by saying that there is still time for the election:

“I also think over the years I’ve become a guy a lot of people relate to. I get up early in the morning at a ridiculous hour and go to work. I spend time with the troops, I take care of my family, I love taking care of people. I think that kind of thing really resonates with people, especially today.  Three and a half years is a long way away, so we’ll see.”