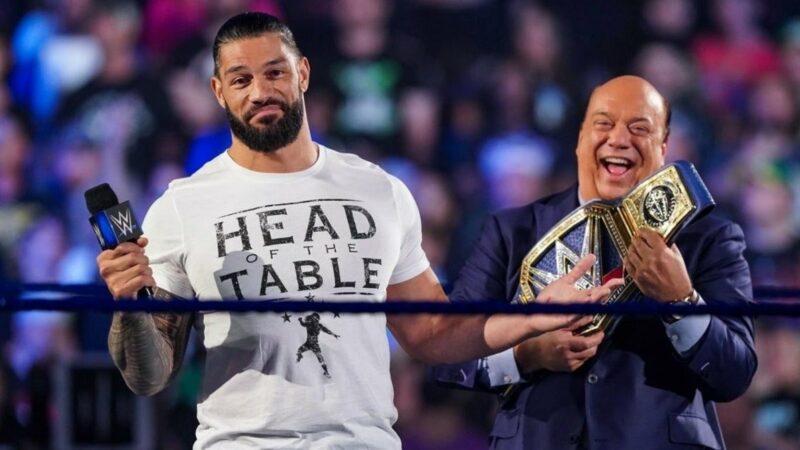 The Bloodline stable comprising the Undisputed WWE Universal Champion Roman Reigns, The Usos, and honorary member, Sami Zayn, recently got bigger and better with the inclusion of Solo Sikoa. On the latest edition of the Blue brand, Solo Sikoa officially became a member of the faction. WWE Hall of Famer Rikishi took to Twitter and made a big tease, seemingly stating that “something’s missing” from The Bloodline.

The Bloodline could recruit more members

Roman Reigns successfully defended his Undisputed WWE Universal Championship against Drew McIntyre with the help of Solo Sikoa at WWE Clash at the Castle Premium Live Event. Some fans have speculated that another member could be Naomi or Jacob Fatu, who is currently signed with MLW.

With some fans hoping to see Naomi as the newest member of The Bloodline, the female superstar has previously spoken up about the same.

Here’s what she said:

“I do [get the Paul Heyman wisdom] and it is a little weird that I’m not in it [The Bloodline] because I’m always there with them. I’m always there, I’m always around, I’m always, you know, annoying them so, maybe later down the road or maybe there’s somewhere for me to come in with the boys, with Jon and Josh [Jimmy & Jey Uso], who knows? But definitely something I would look forward to. I would want it to be the right time, you know? And done properly,” said Naomi.