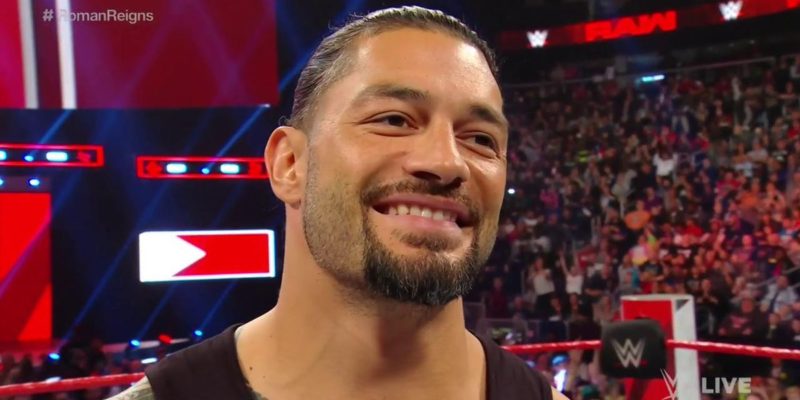 Roman Reigns opened tonight’s episode of Monday Night Raw with some incredible news. The Big Dog, after taking in the crowd and greeting everyone ringside, revealed that his leukemia was in remission.

Reigns started his message to the WWE Universe by thanking them, both the ones who cheered him and the ones that didn’t, for all their well wishes and prayers over the past few months. He said that he found new motivation to step inside the ring. While superstars are here to make their mark and win championships, and that’s what he’s here to do, his main mission is here to spread awareness for cancer.

The Big Dog is BACK! #RomanReigns announces that he is in remission and back on #Raw! @WWERomanReigns pic.twitter.com/yHQdiFH2Ty

After that, he went back to when he first revealed his leukemia had returned. He said that he’d be swinging for the fences as he worked to make his comeback. Tonight he revealed that he and the Universe had hit a home run, as he was currently in remission.

Reigns thanked the fans again for all of their support before leaving the ring. He was greeted by Seth Rollins on the ramp as the fans chanted for him.

Reigns went to Twitter after his announcement, thanking his family and everyone who helped him through the past four months.