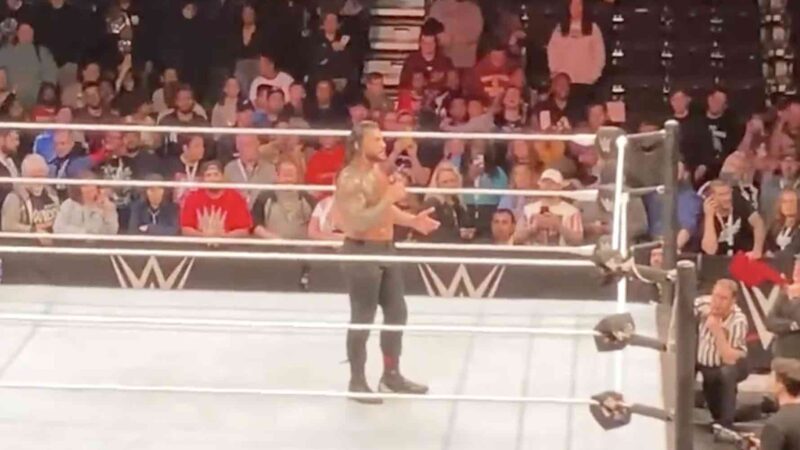 Roman Reigns appeared to announce he intends on retiring as a full time wrestler, stating he is entering a ‘new phase of his life’ at a live event on Saturday. He told the Trenton fans, “I honestly don’t know if I’ll be back here again.”


Roman said he’s starting a New Phase in life then said “I honestly don’t know if I’ll be back here again” #WWETrenton pic.twitter.com/zqQ33DwrBF

WWE Monday Night Raw was almost cancelled on the USA Network. The series was lagging behind in the ratings and new executive leadership wanted to go in a different direction.

Vince McMahon decided to try to buy his own network so that Raw would always have a television home. According to Dave Meltzer on the latest Wrestling Observer Radio, the following happened:

“I remember in, I would say before they ever talked about the WWE Network, there was talk as soon as they got pretty hot and they started making a lot of money where they really could afford something like this, I started hearing the talk of Vince buying a TV station. This was from people in the company, and it was kind of like, ‘We almost lost Raw.’ I don’t want to say it would’ve put them down for the count, they would have had syndication. But, the power of syndicated television and everything was going to lessen.

I think they would’ve survived, but it would’ve hurt them greatly. I think, in time, perhaps another station would’ve picked them up. But, it wouldn’t have been as strong as USA. But there was definitely the thing of, ‘You know, we’re at the whim of being hurt really, really badly and it would be really good to have our own TV station so we know at least we will have something where we’re guaranteed, we have our fallback, in case somehow or other we get canceled.’ This was before, you know, Raw now is kind of like an institution on television and it’s not going to get canceled. There would be plenty of people who would want it.

USA, it’s carrying the network whereas before it was just a show on the network and the network itself was a very popular network. Now, it’s carrying the network, so they’re safe. There was that feeling, I remember, where it was like, ‘We gotta learn from this lesson.’ That’s when the first talks of trying to buy a TV station took place. But, it was never imminent because they never were close to being canceled again, because even when their ratings dropped greatly after 2002, 2003, 2005, in that range, where numbers were falling and everything, it was still one of the leading shows on cable television. They were never in danger of being canceled.”

Current AEW Star and former WWE Superstar Chris Jericho is no doubt one of the most accomplished and popular pro wrestlers to have ever stepped foot inside the squared circle. He has competed in several promotions such as WCW, WWE, ECW, New Japan Pro Wrestling and AEW among others.