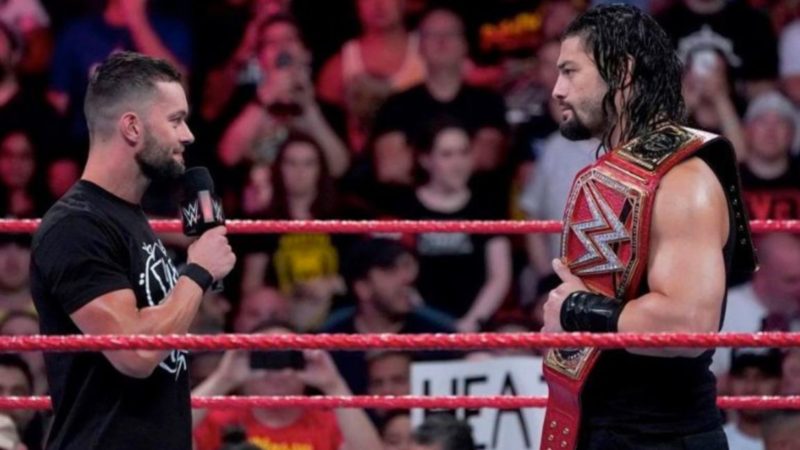 Roman Reigns is sending out messages to those who came before him who claimed themselves as champion. The head of the table is eyeing up Finn Balor…Rob Van Dam Leaks WWE Firings Bombshell.

In 2016, the inaugural Universal Champion, Finn Balor, was forced to put down his title due to being hurt at SummerSlam. Brock Lesnar then became the next Universal Championship between 2017 and 2019, holding the title for over 600 days.

Reigns spoke to WWE Now India, as Reigns recalled how Balor’s injury and Lesnar’s part-time status affected the Universal Championship. He also alluded to how no one is on his level when it comes to being a champ.

Reigns: “It’s really put this Universal Championship on the map because when we debuted it a few years ago, it kind of struggled, and the title reigns weren’t what we had hoped for,” Reigns said. “There were a lot of injuries and then there’s a lot of gripes about once Brock Lesnar, who had a pretty long and illustrious title reign… but he wasn’t quite as active as some of our hardcore and dedicated fans had hoped. But what I’ve done over the past plus 30 weeks I think is second to none, and we’re just gonna continue to add to that legacy and really set this apart from everybody else.”

Special Thanks to SportsKeeda for the transcription.