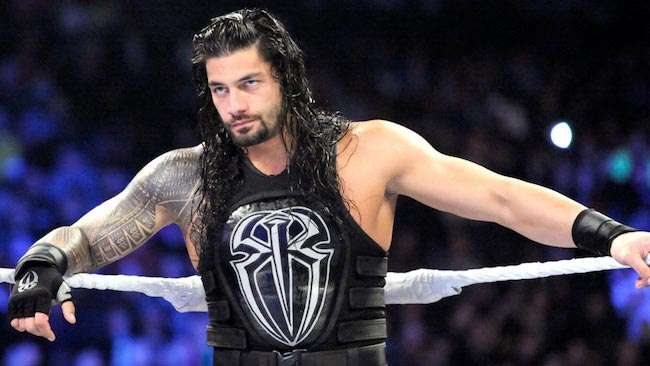 When you are the leader of the locker room in WWE, you have to deal with tough situations such as the one recently emerged with Enzo Amore where he was kicked out of the WWE Tour Bus.

During his recent appearance on the “Off the Board” podcast, the current leader Roman Reigns was asked how he deals with such situations where stars break the locker room ethics.

Answering the question, the Big Dog said that he ‘swings the sword’ when a star has heat because that’s what a locker room leader does:

“I swing the sword. If I put the sentence down then I lay it down, If you have heat, that’s what a locker room leader does, he speaks up for the rest of the bunch.”

Roman Reigns is currently scheduled to challenge Brock Lesnar for his Universal title at SummerSlam in a fatal four-way match. Interestingly, there are rumours of the Undertaker returning to the PPV and costing the Big Dog his match.