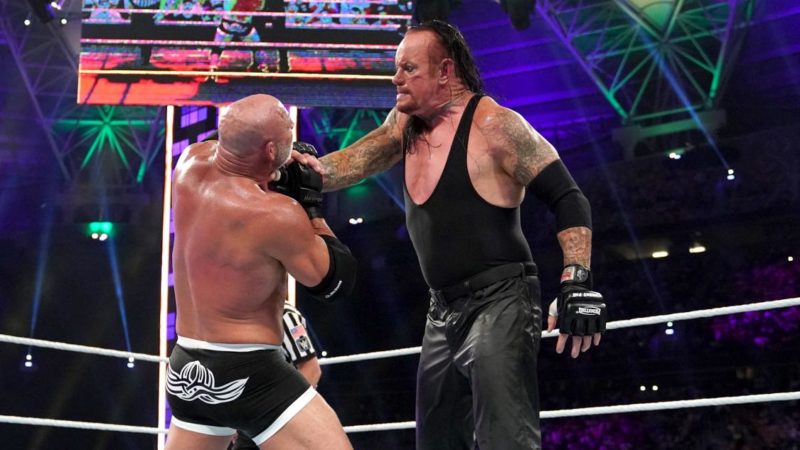 The Undertaker faced off against Goldberg at WWE Super Showdown in Saudi Arabia. It was a colossal failure and was criticized by fans and wrestlers alike.

Roman Reigns spoke to ESPN, where he defended The Undertaker vs Goldberg match at Saudi Arabia. He said that the working environment was very hot and so the two legends did whatever they could under the circumstances.

“First of all, it was so cool. It was unfortunate what happened out there in the desert [against Goldberg in Saudi Arabia]. It was a tough situation. It was hot as hell out there. Those guys aren’t in the ring all the time. You have to have your wrestling legs under you. Even when I miss a few live events, I can feel it. This is one of those things, the more you do it, the better you are, the better off you are, the better you feel in the ring.”

The match was a dream match in the making, but it came a decade too late and was entirely unnecessary according to most fans. Roman Reigns empathizes with the two legends as he also competed in the event in Saudi Arabia, so he knows how it was.

Goldberg is currently scheduled to face off against Dolph Ziggler at Summerslam, perhaps to make up for his match at Saudi Arabia.