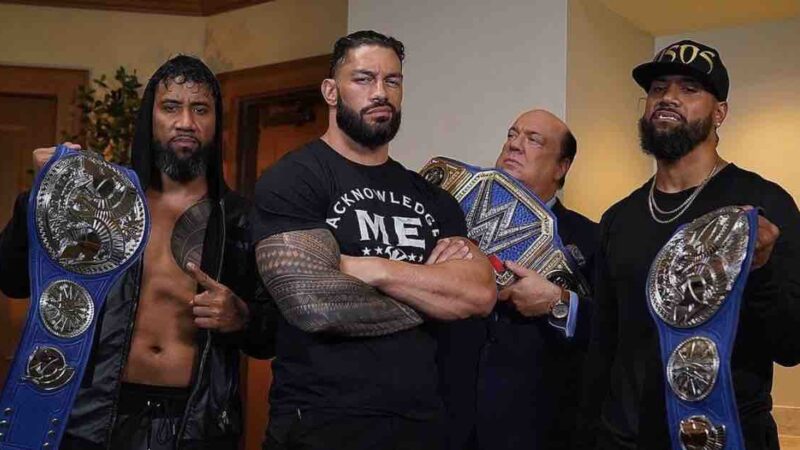 The Undisputed WWE Universal Champion Roman Reigns has been unstoppable with his championship reign that will soon hit the two-year mark.

Reigns has been the Universal champion since the Payback event on August 30th 2020. It has been the longest reign in the championship’s history and the sixth-longest world championship reign in WWE history. He is also scheduled to celebrate 2-year reign on this week’s Clash At The Castle go-home episode of SmackDown.

WWE Clash at the Castle Premium Live Event is set to take place at Cardiff, Wales on Saturday, September 3. This will mark the company’s first premium event in UK in over a decade. It has been announced that Drew McIntyre will challenge Reigns for the titles and fans are quite excited about the clash. It seems Reigns might turn babyface if he drops the titles.

“WWE on youtube keep showing best of tribal chief moments. Bare in mind the Tribal Chief gimmick ends once he drops the titles. Just my observations.”

It was further noted that Reigns will likely turn babyface once he drops the championships:

“WWE are turning him back face once he drops the belts. Its always been the plan the tribal chief gimmick only exists when hes got the belts.”

WWE are turning him back face once he drops the belts.

Its always been the plan the tribal chief gimmick only exists when hes got the belts.

It turns out WWE is seemingly discussing the plans from Reigns to drop the titles at the event. The final segment of last week’s Friday Night SmackDown featured a confrontation between the WWE Universal champion Roman Reigns and the No.1 contender for the title Drew McIntyre. ‘The Scottish Warrior’ had faced Sami Zayn but was later laid out with an attack by ‘The Tribal Chief and eventually The Bloodline as a whole. McIntyre was laid on the mat and The Bloodline stood tall to conclude the show.