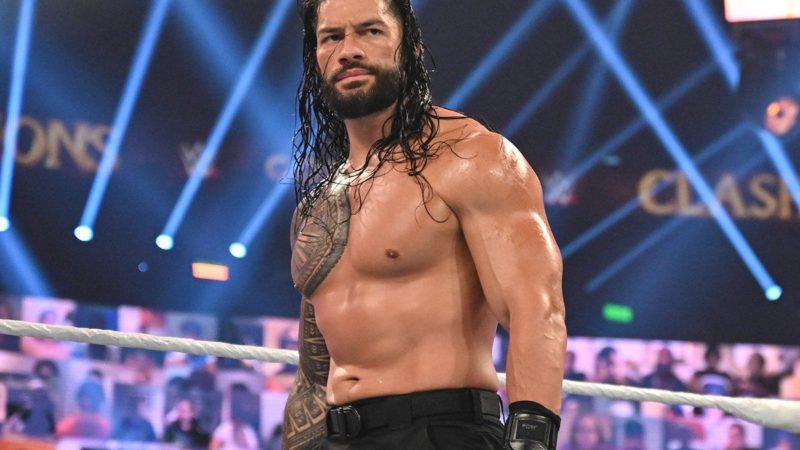 Paul Heyman indicated that Roman Reigns was set to have some sort of feud with Christian Cage in the buildup to WrestleMania on Talking Smack last night. A Reigns and Jey Uso vs. Edge and Christian match was planned for Fastlane at one point. A Roman Reigns WWE Fastlane spoiler just leaked.


“Let’s think about this. Edge, your best friend in this world knew he was going to become Roman Reigns’ target just to get into your head. What did he do? He ran away before Roman Reigns could target him. How many of your ‘Christians’ need to convert before you realize it’s not smart to piss off Roman Reigns? You, Edge, have pissed off Roman Reigns.

You want to be the special enforcer? You want to involve yourself in Roman Reigns match against Daniel Bryan? Why? Because you know it’s an easier fight with Daniel Bryan than it is against Roman Reigns, who is untouchable, who is unbeatable, who is the reigning, defending, undisputed, uncontroverted WWE Universal Heavyweight Champion and the main event of WrestleMania …There’s only one opinion that matters. It’s not the Chairman of the Board or his child or anybody else. He’s the ‘Head of the Table,’ the end all be all, Roman Reigns.”

Christian Cage debuted for AEW at Revolution, and on Dynamite started a feud with AEW World Champion Kenny Omega. It has been suggested that WWE weren’t aggressive enough in locking down Christian to a contract, leading to Tony Khan coming in and signing him, especially with Khan being a big fan of Christian’s mid 2000’s TNA main event run. Wrestling Inc transcribed Heyman’s comments.