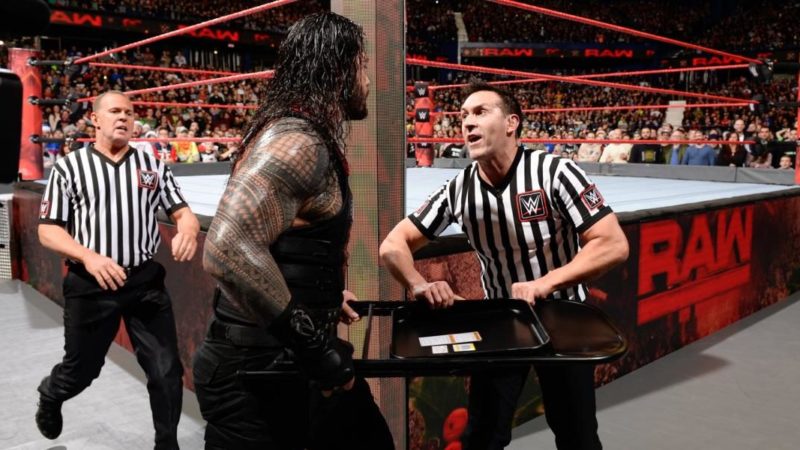 WWE.com is reporting that the company has fined the Intercontinental Champion Roman Reigns $5000 for shoving a referee during the latest episode of Monday Night Raw.

The referee in question is John Cone, who was the official for the match between Roman Reigns and Samoa Joe during this week’s episode of the Red Branded Show.

The incident happened when Roman backed Joe into a corner during their match. The referee tried to stop the Big Dog from hitting him, but Reigns apparently shoved him aside and kept beating Joe.

After this, Intercontinental Champion was disqualified from the match but he continued his assault on the Samoan Submission Machine until more officials came and stopped him.

No word yet on what the company is planning for both these stars but they are expected to continue their feud in the upcoming time and it’s likely that they’ll have a match at the upcoming Royal Rumble PPV.