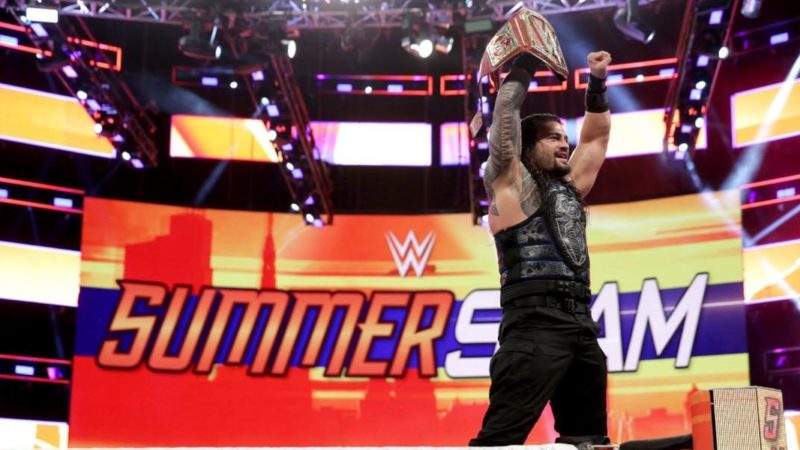 After a spending almost 18 months in the build-up of their rivalry, WWE finally pulled the trigger on Roman Reigns’ Universal title win at the SummerSlam PPV.

After his Championship victory, the Big Dog was interviewed backstage where he talked about beating Brock Lesnar, his upcoming challenges and more.

Recalling a recent promo, the new Universal Champion said that he had to win his match with the Beast Incarnate because he is a man of his word.

Reigns then talked about Braun Strowman’s presence at the ringside for his match and he said that The Money In The Bank holder being at the ringside added a whole new element to the game. You can check out his full interview in the video below:

As we noted before, Kevin Owens vs. Roman Reigns is one of the matches being advertised for Hell In A Cell so it’s possible that Owens will emerge as the first challenger of Roman in near future.