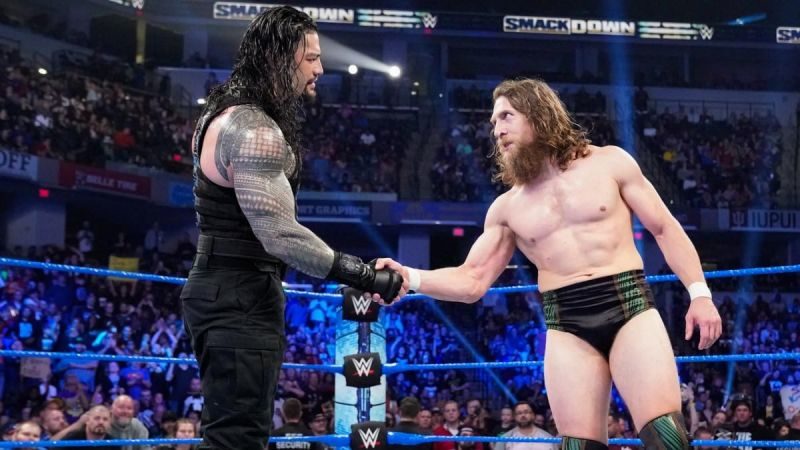 Roman Reigns reportedly isn’t thrilled with a WWE decision! On the latest episode of the “Nitty Gritty Dirt Show” on RussosBrand.com, host Billi Bhatti and former WWE writer Vince Russo, discussed how ‘The Tribal Chief’ Roman Reigns along with Seth Rollins were frustrated with a booking decision that would have seen Rollins in a triple threat match with Reigns and Bryan. Wrestling-Edge transcribed Bhatti and Russo’s comments. Roman Reigns was nearly ‘beat down’ by Cesaro on Smackdown.

Bhatti: The story that I have is this, [Seth] Rollins was going to win because Vince McMahon decided on Sunday that he could have Seth Rollins as a babyface and have Seth Rollins vs. Daniel Bryan which was a bigger match for WrestleMania. It would be equally good on a wrestling front for both wrestlers to have a storyline and he wanted Seth Rollins to come out to his old theme music as well as simply explain that fatherhood had changed him.

Bhatti continued: Roman [Reigns] and Seth didn’t want to do that and thought it was unfair to Daniel Bryan so my understanding is that they were going to work toward a triple threat match at WrestleMania that still involved Daniel Bryan and also that idea of Rollins using that reason he wasn’t necessarily supportive of it. So throughout the day the decision was made that Rollins would continue on with his Messiah gimmick and they would book on the fly as to determine how the character of Seth Rollins would go. This WWE icon might return for a match with Roman Reigns