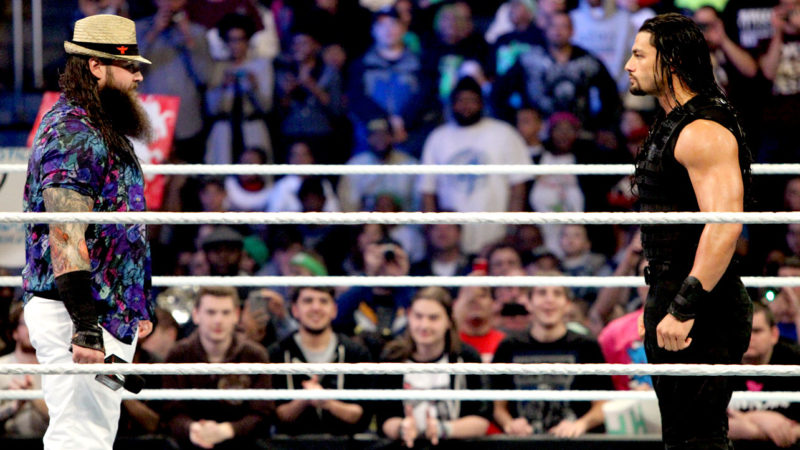 During a WWE live event on Saturday, a fan threw a Money in the Bank briefcase at Roman Reigns’ head while he was in the ring with Bray Wyatt for a match at the live event in British Columbia, Canada.

According to fan reports that were sent in, Reigns seemed shook up by it. Reigns sat in the ring for a few minutes as Bray Wyatt stalled while security ejected the fan from the arena.

Here is a video of what happened after the briefcase was thrown:

In an update, The Canadian Press reports that Reigns was not hurt and no charges were filed against the fan. However, the fan has been banned from attending any WWE events in the future.