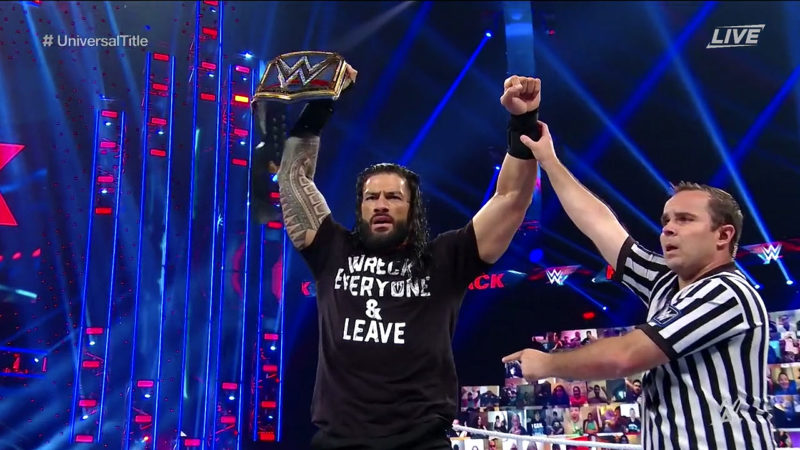 The main event of WWE Payback saw Bray Wyatt defend his Universal Title against Roman Reigns and Braun Strowman. However, Reigns was not present for the majority of the match as he did not sign the contract.

Owing to the fact that Reigns refused to sign the contract, the match started with Wyatt and Strowman. The two fought all over the ThunderDome. The match also featured a spot where the ring broke following a huge Superplex off the top rope.

It was at this time that Reigns decided to sign the contract and get involved in the match. He hit a devastating spear on Braun Strowman and then beat down on Wyatt. He pinned Strowman for the three count.

Roman Reigns is now the new WWE Universal Champion. He was seen celebrating with his new advocate Paul Heyman.