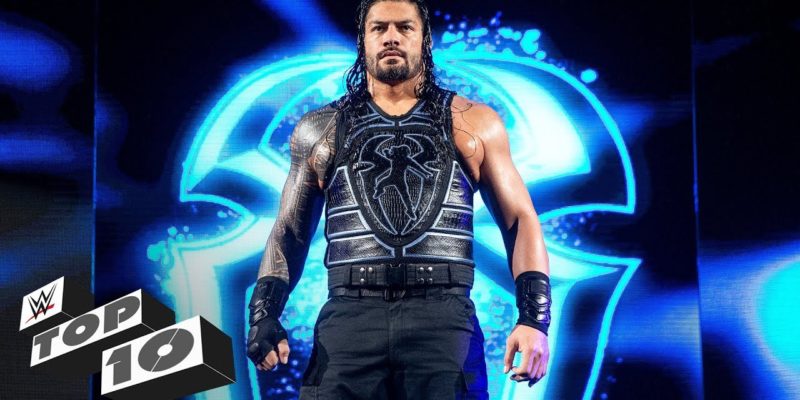 Roman Reigns came to Smackdown Live as part of the Superstar Shake-up, but he isn’t going after the WWE Title yet since he has Elias to deal with first.

Shane McMahon kicked off the show by calling out Roman Reigns and then Elias would get himself involved as well. Shane and Elias teamed up on Reigns and kept on beating him.

Later in the show, Elias was shown backstage singing a song about Roman Reigns and challenged Reigns to a match at Money In The Bank. However, Shane and Elias left in a limo before Roman could give his response to the challenge.

Later on Roman accepted Elias’ challenge. So it will be Roman Reigns facing off against Elias at Money In The Bank on May 19th.