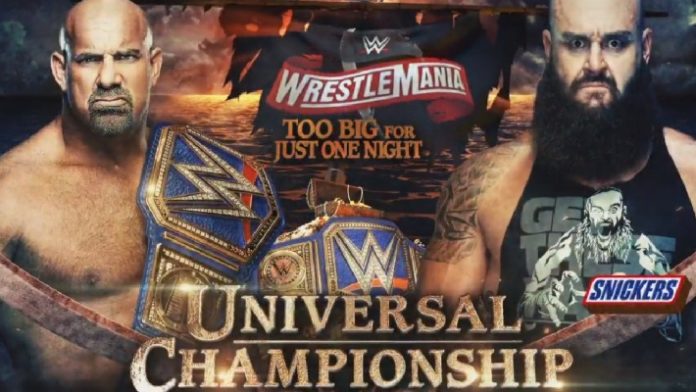 Roman Reigns was present during WrestleMania tapings but decided to pull out from the event. So Reigns vs Goldberg did not take place, but today’s Smackdown had already been filmed before then.

During this week’s episode of Friday Night Smackdown, the company very nonchalantly announced that Goldberg will be defending his WWE Universal Title against Braun Strowman at WrestleMania 36.

However, no explanation of any sort was given for the change. As they were showing the card for the event, only the graphic for the match was shown.

Triple H earlier said WWE would pull Reigns out of the match in a unique way. However, nothing of that sort happened.