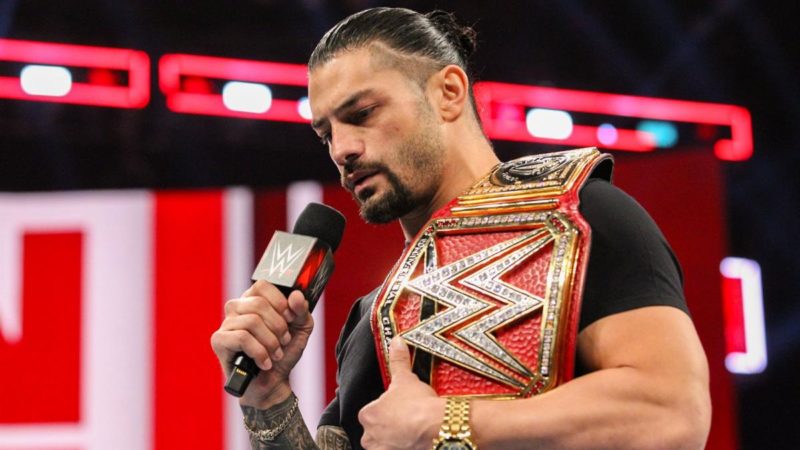 Roman Reigns is not only considered to be the face of WWE but he is also the locker room leader and so his decision to pull out of WWE programming during the early stages of coronavirus made a lot of headlines.

During a recent interview with CBS Sport, the Universal Champion talked about a number of things and also discussed what it was like being away from the company during the difficult times.

Reigns claimed that it was tough being away from WWE but he tried to focus on the things he could control. He then went on to explain why people consider him to be the locker room leader:

“You know, it was tough, but I tried to just focus on things I could control and the time with my family,” Reigns said. “For a long time — and I think maybe the reason people consider myself a locker room leader is the dedication to my craft and to the performance and to our locker room and being there for those guys and not only being where I worked as far as my character but really being there in the locker room and being approachable and going through the grind with those guys. I think I was able to earn the respect when they saw how I carried myself and how I operated on a daily basis and the work output that I put in.”

Roman Reigns then claimed he wanted to be there and help his team but it was also nice to be able to help his family and be there for his wife and children:

“But, for me, it was either dwell on the negatives because, yeah, I wanted to be there and wanted to help the team and help the product, but it was also very nice to be able to help my family and be there for my children and my wife and create a little bit of a solid foundation and structure in these crazy times.”