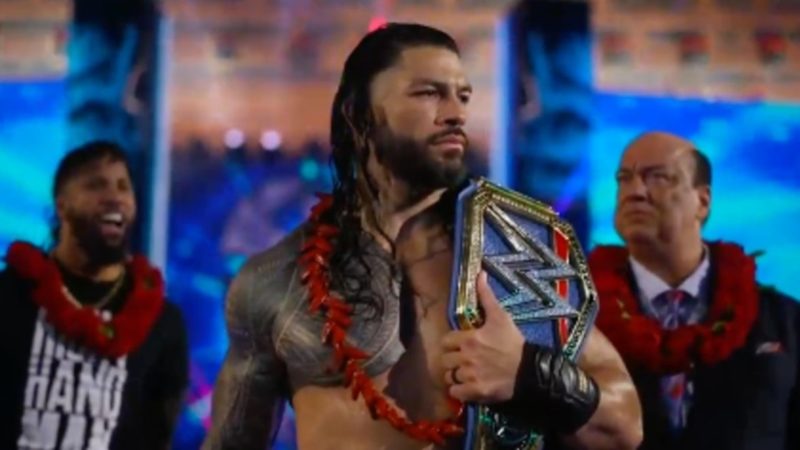 The Undisputed WWE Universal Champion Roman Reigns had raised some concerns among the fans when he provided an update to the fans about his future at the company. During the conclusion of WWE Live event in Trenton, New Jersey, ‘The Tribal Chief’ told the WWE Universe about his future.


Reigns spoke about moving on to the next phase of his career and said he wasn’t sure if he’d return to Trenton in the future. He ended by thanking the fans for their support. It was previously noted that reports said he would not leave anytime soon. It has been also noted how ‘The Tribal Chief’ is no longer being advertised for WWE TV tapings and house shows for July and August. Reigns was also suggested to spend some time with his wife.

Roman Reigns is unlikely to take extended time off

Andrew Zarian of F4WOnline.com provided an update on Reigns’ status:

“Spoke to someone over at WWE regarding Roman & his schedule moving forward. It’s not expected for Roman to take extended time off. He will be on PLEs & TV. The only change will be with smaller market house show, which is why he showed his gratitude to the fans in Trenton NJ.”

Sean Ross Sapp of Fightful.com had also noted the following about Reigns:

“WWE sources had claimed to us that Roman Reigns was ‘factored into their creative plans for the foreseeable future.’ I don’t know how that bodes for reports of him having time off this summer and we’ve not got that word from WWE.”

Reigns was able to secure the victory for The Bloodline at WWE WrestleMania Backlash last night. He pinned Riddle in order to get the win for his family in the main event of the show.