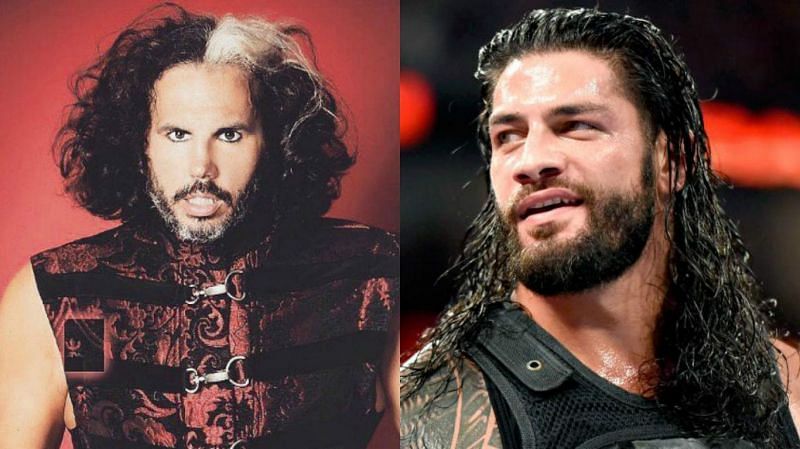 If you were looking for originality during the Last Man Standing match that took place between the ‘Tribal Chief’ Roman Reigns and Kevin Owens for the WWE Universal Championship at the the 2021 edition of the Royal Rumble then you were solely mistaken as it was pointed out how during the match that Roman Reigns, who ran over Owens with a golf cart was very similar to another match that happened within the last year. Roman Reigns to wrestle big name at Fastlane PPV

That being the Stadium Stampede match which took place at the 2020 edition of AEW Double or Nothing which saw Matt Hardy and The Elite (Adam Page, Kenny Omega, Matt Jackson and Nick Jackson) defeating The Inner Circle (Chris Jericho, Jake Hager, Sammy Guevara, Santana and Ortiz). During that match Inner Circle member Sammy Guevara was hit by a golf cart by Matt Hardy and The Elite’s Kenny Omega. Roman defeated Owens after a series of high profile spots, including a Swanton Bomb off a forklift and a spear through the stage.

Matt Hardy simply tweeted a video of his spot in response to Roman lifting the spot. NoDQ.com documented the incident with the following tweet by saying “HOLY SHIT! Roman Reigns tried to murder Kevin Owens! This was quite a bit more violent than Matt Hardy and Kenny Omega hitting Sammy Guevara. #WWE #RoyalRumble” Roman Reigns does not want to work in WWE without Paul Heyman

ROMAN REIGNS HAS RUN OVER KEVIN OWENS WITH A GOLF CART!

KO still gets up to make the 10 count! #RoyalRumble pic.twitter.com/fp377rLgIh

While HeelByNature also tweeted about the match and it’s similarities in a tweet you can view below.

In other news regarding ‘The Tribal Chief’, Roman Reigns recently discussed The Undertaker’s controversial comments about the modern era of WWE Superstars on the Joe Rogan Experience during a recent interview with SI. Credit to ProWrestlingSheet for this transcription.

“It’s strange. I really feel like he misspoke. Because Mark is a really good guy. He’s very knowledgeable. Obviously, he has a ton of respect for the business. Goldberg is just Goldberg. Who cares? But he’s talking about guns and knives in the locker room. Come on. You guys travel just like we did. Did you really get that stuff through security? TSA was just letting everything happen back then?,” Roman said.

“It’s a different time and I think we’re smarter. I think you’re gonna see that from the financial side of it, from how we save our money, how we prepare for the future, having a life after the business when we can’t fall down anymore to our actual health,” the WWE Universal Champion added later. Roman Reigns finally unloads on Daniel Bryan fans

“I think it was just like a retired guy trying to sound gangster.”