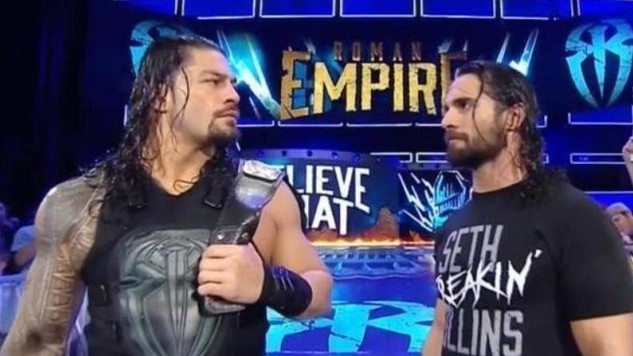 Seth Rollins is one of the most polarizing figures in WWE right now, with fans criticizing what he has done in the ring and outside of it. However, Roman Reigns certainly understands Seth Rollins.

Reigns spoke to Sports Illustrated, where he talked about Seth Rollins. He admitted that people can misread Rollins, but he loves WWE a lot and only has good intentions. Here is what he said:

“Seth loves the WWE. That’s why some people misread some of the things he says or the ways he delivers it, but he does mean well. He’s a workhorse. Yeah, he’s a little live at the mouth sometimes, but he’s got a heart of gold, trust me.

“Whether he’s on Raw or SmackDown, the WWE is in good hands with him as champion.”

Seth Rollins certainly disliked the fan reaction he got due to WWE Hell In A Cell’s finish. We wonder what WWE has planned for Rollins.